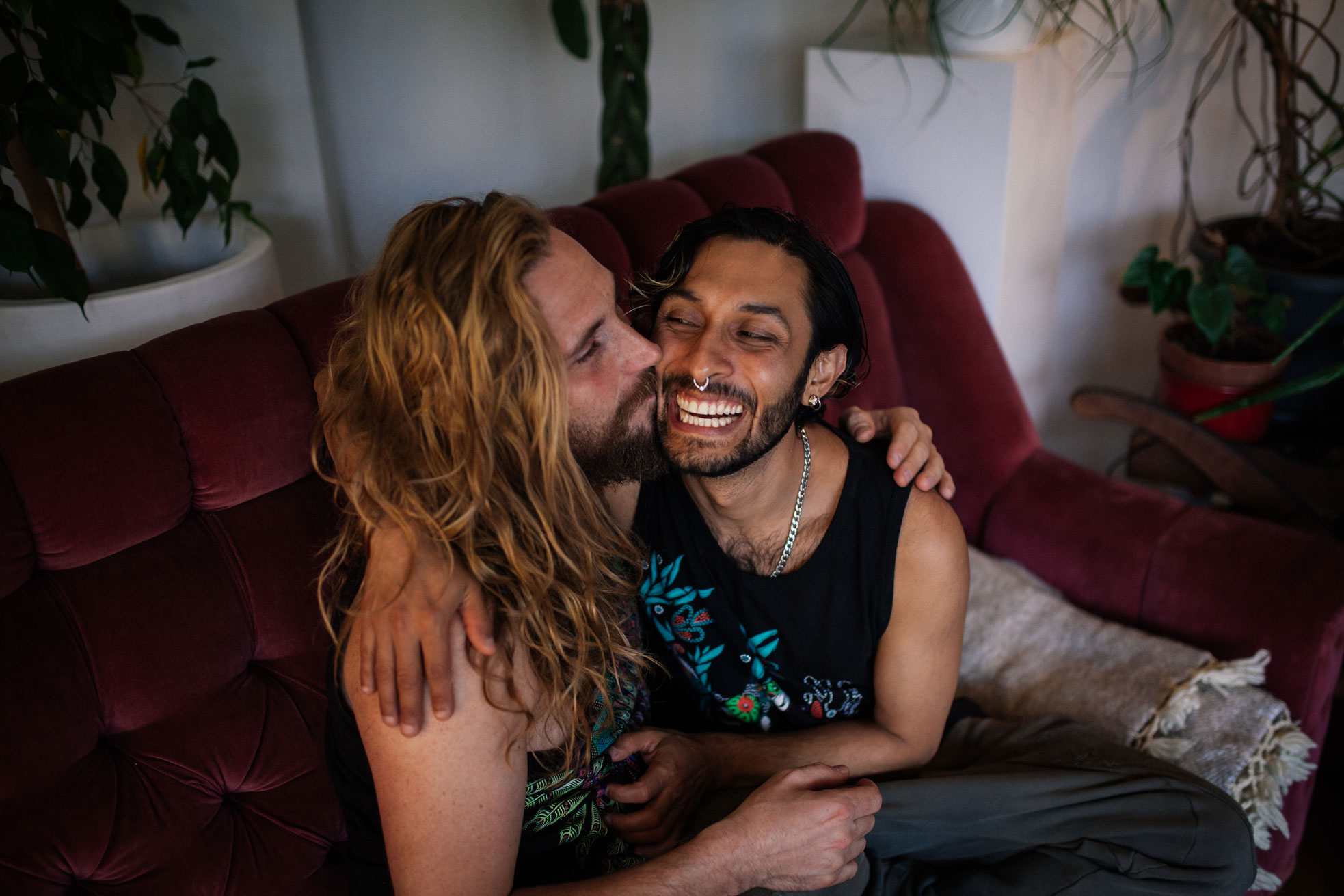 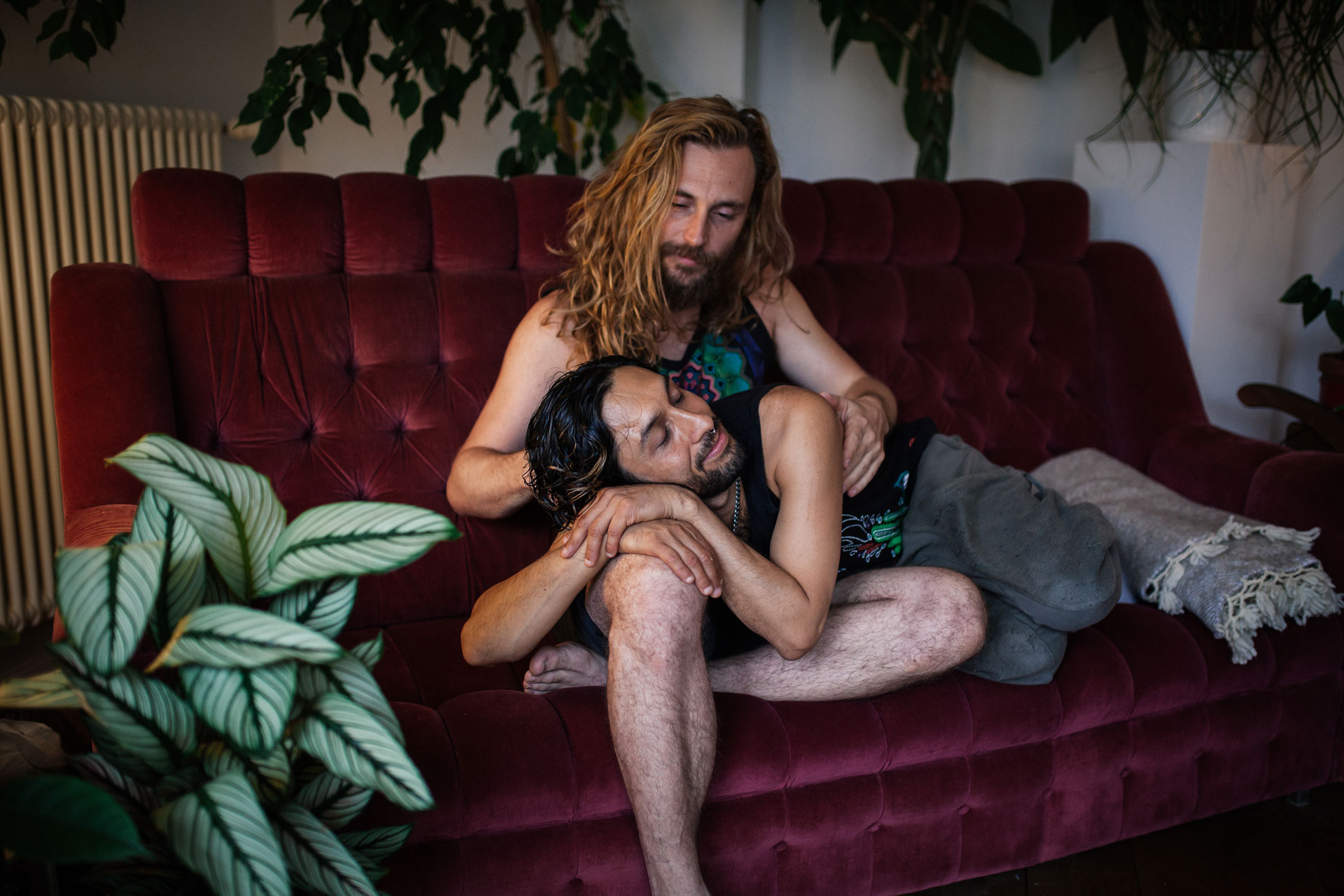 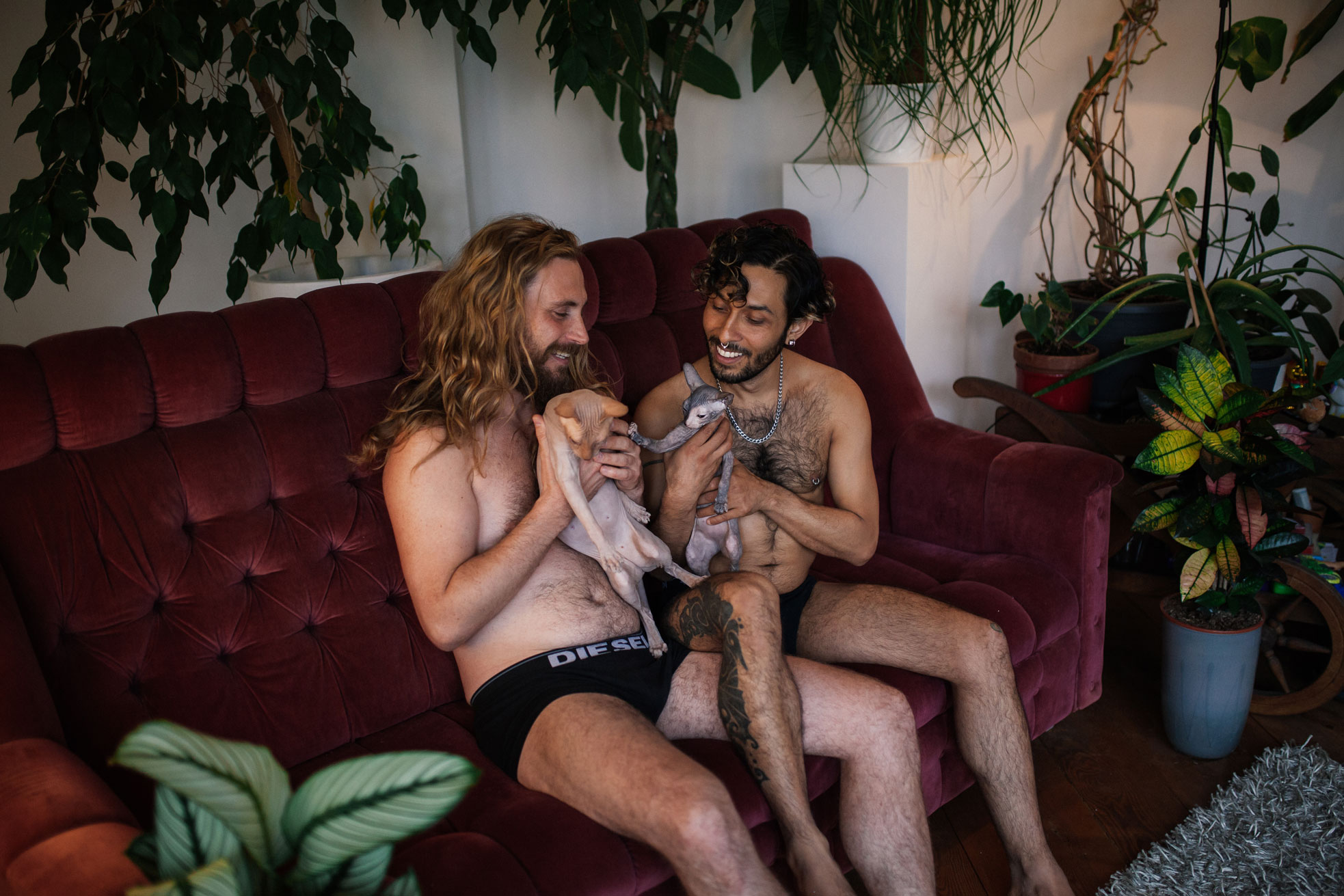 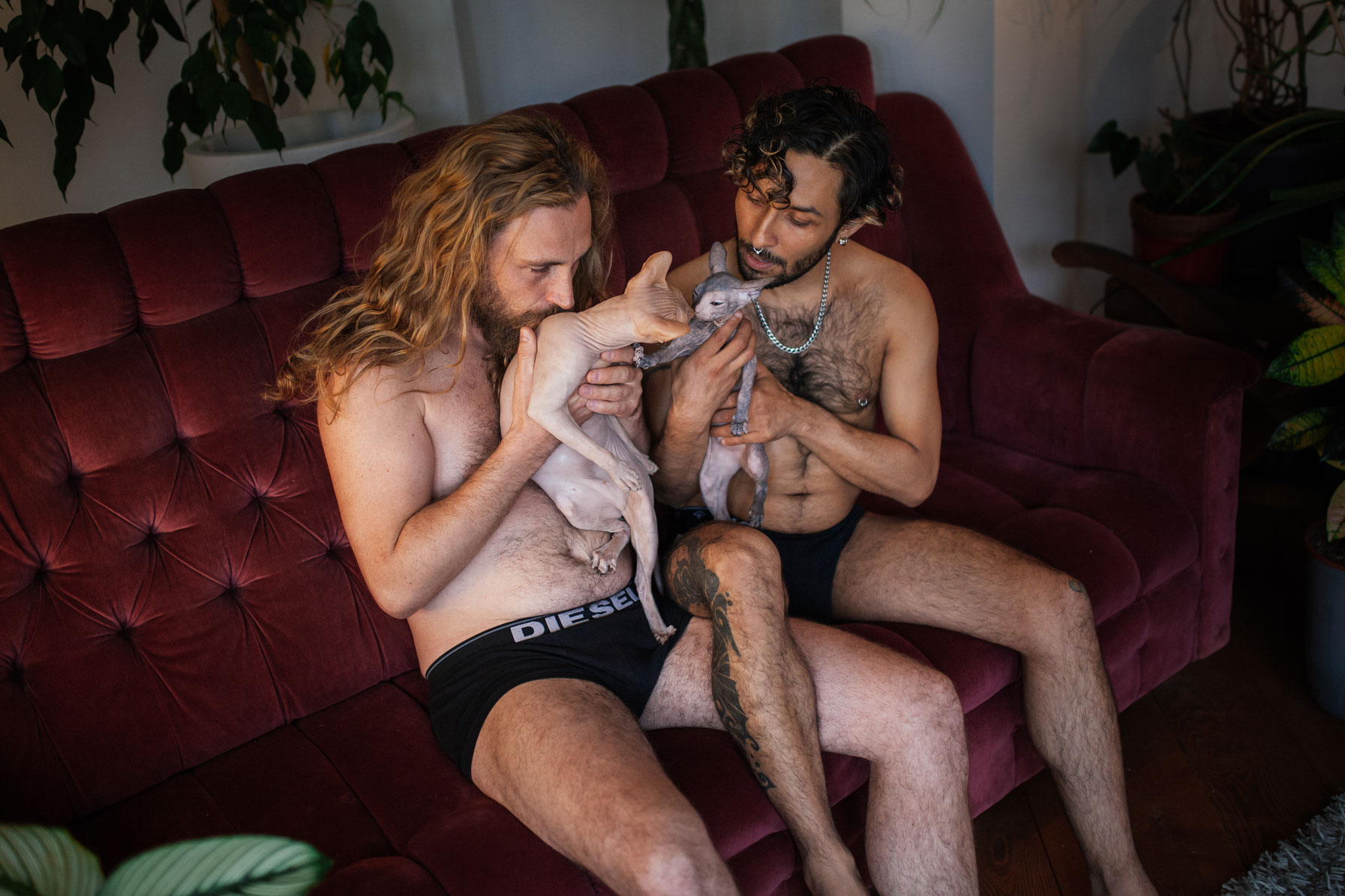 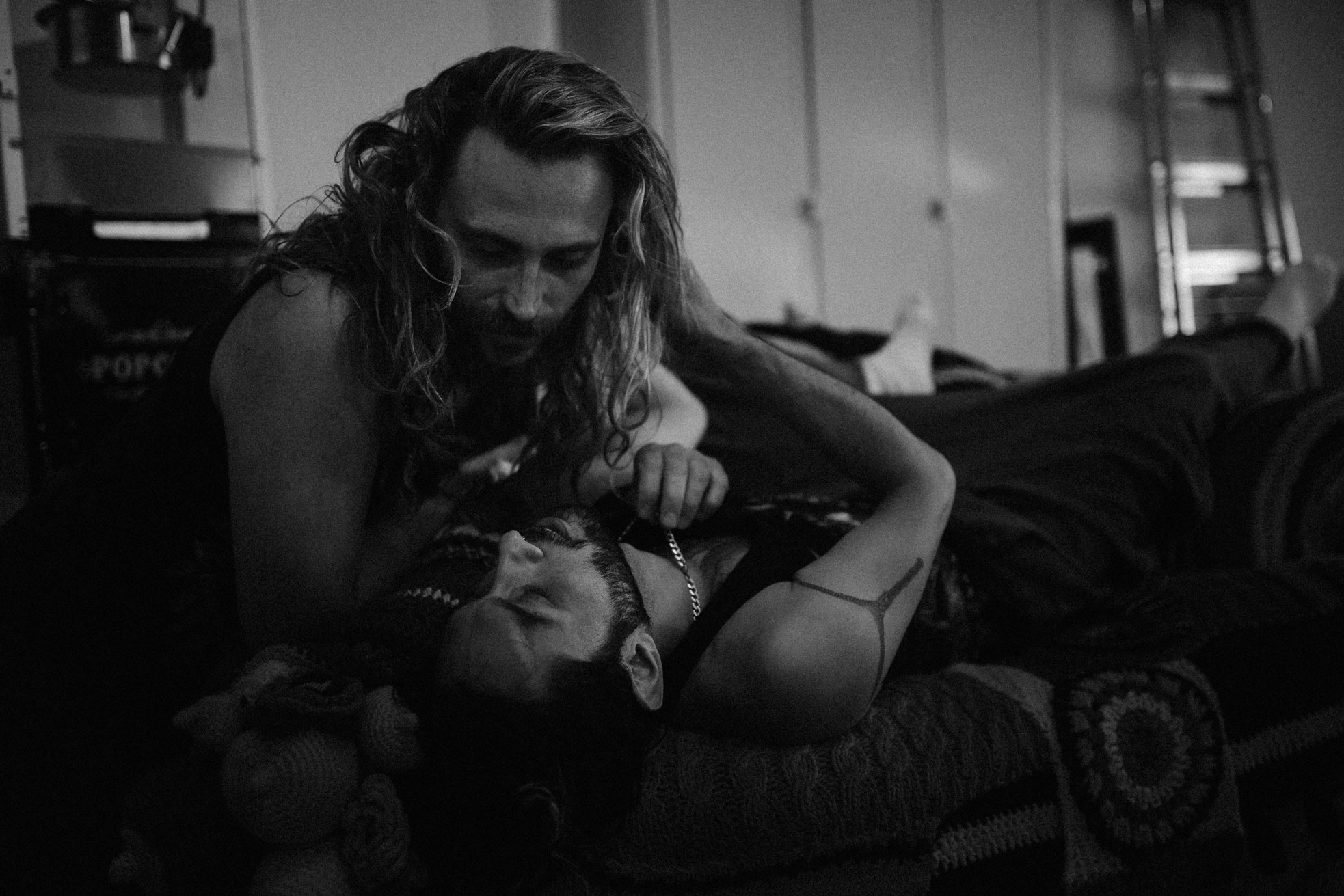 Yamil from Mexico and Stefan from Germany come from two different worlds. Before traveling the world, Yamil worked at an orphanage in Guatemala, where he travelled around the country with kids who performed theater. He later moved to the Philippines to start up his own diving company. After running a successful business for a number of years, he decided he was ready for a change. Having already spent some time in Germany and having some friends in Berlin, he decided to make the move, not knowing what would await him.

There he met Stefan, an architect and designer who decided right from the beginning that he was going to design what he wanted and work for himself. Stefan came out much later in life and had been in a serious long-term relationship with a girl. When they met, Yamil was living in an incredibly
efficient self-designed 2x2 meter room. The first year of their relationship they spent much of their time in this tiny space and even added a not so furry friend, a hairless cat named Voltron.

They thought, if they can make it work in this tiny space, then they can make it work anywhere. They recently decided to move in together and surprisingly found their dream apartment in Mitte. They are hoping to one day start a family together, but for now, they are living happily with Voltron and his recently adopted sister.