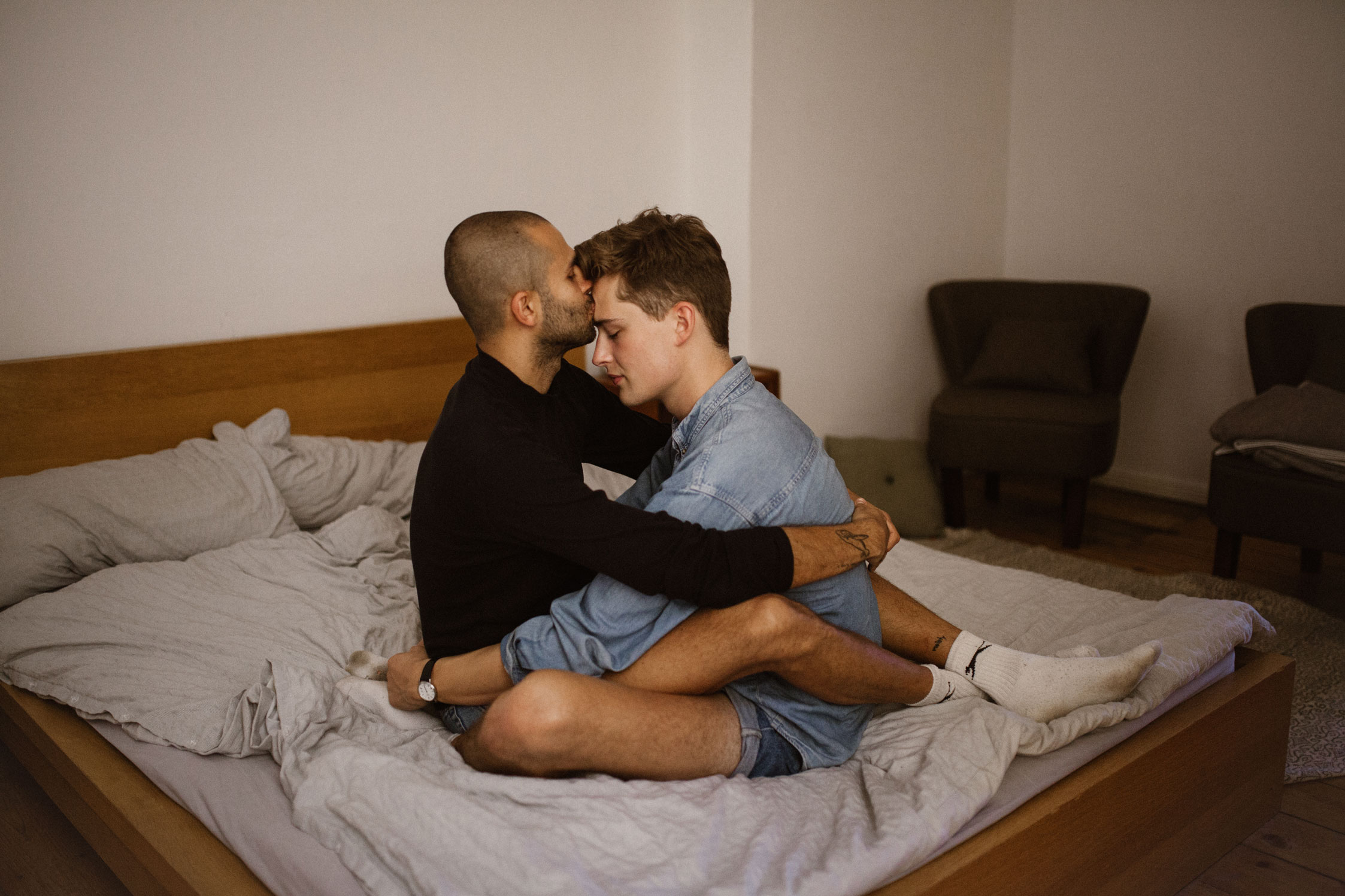 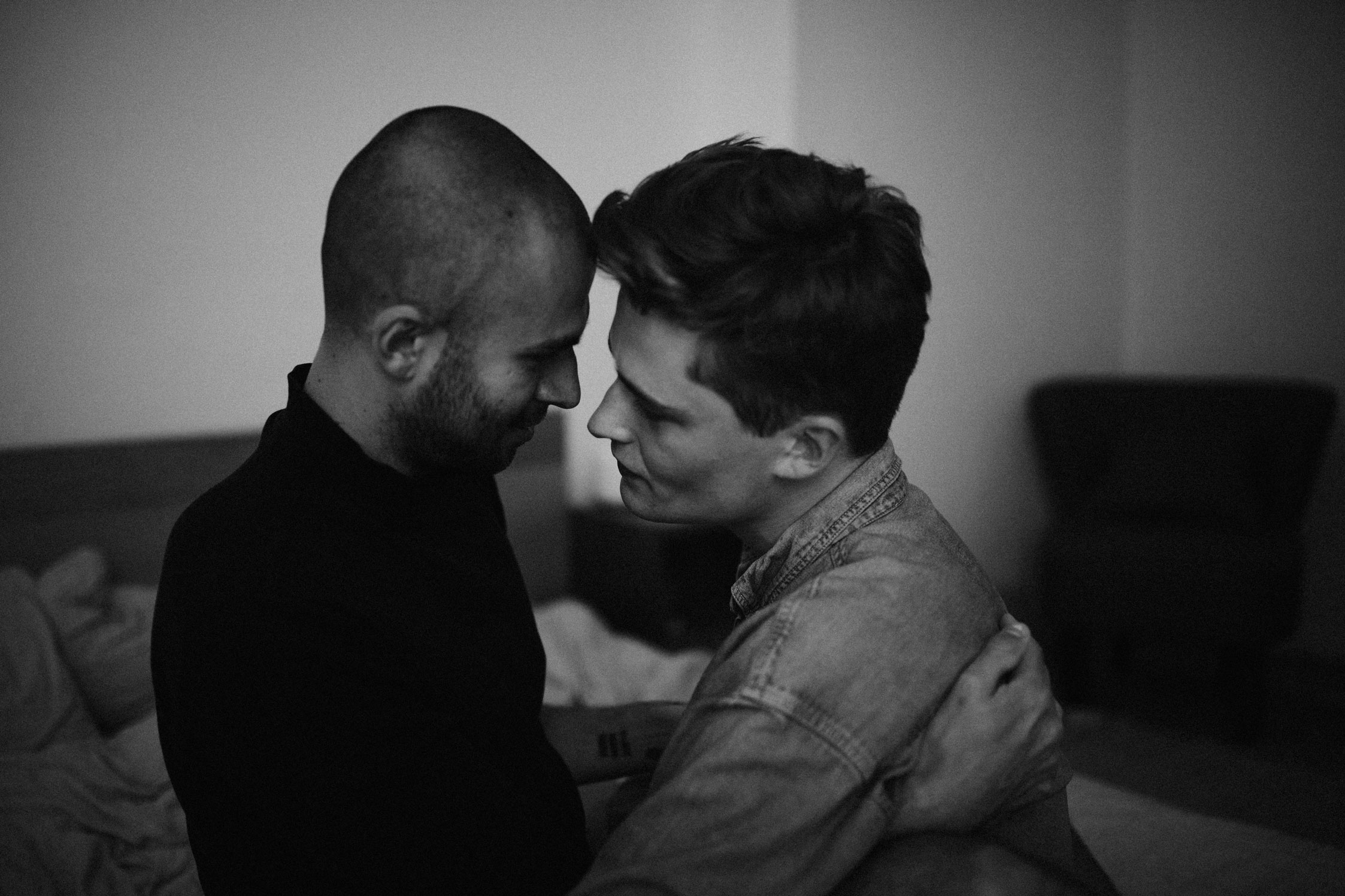 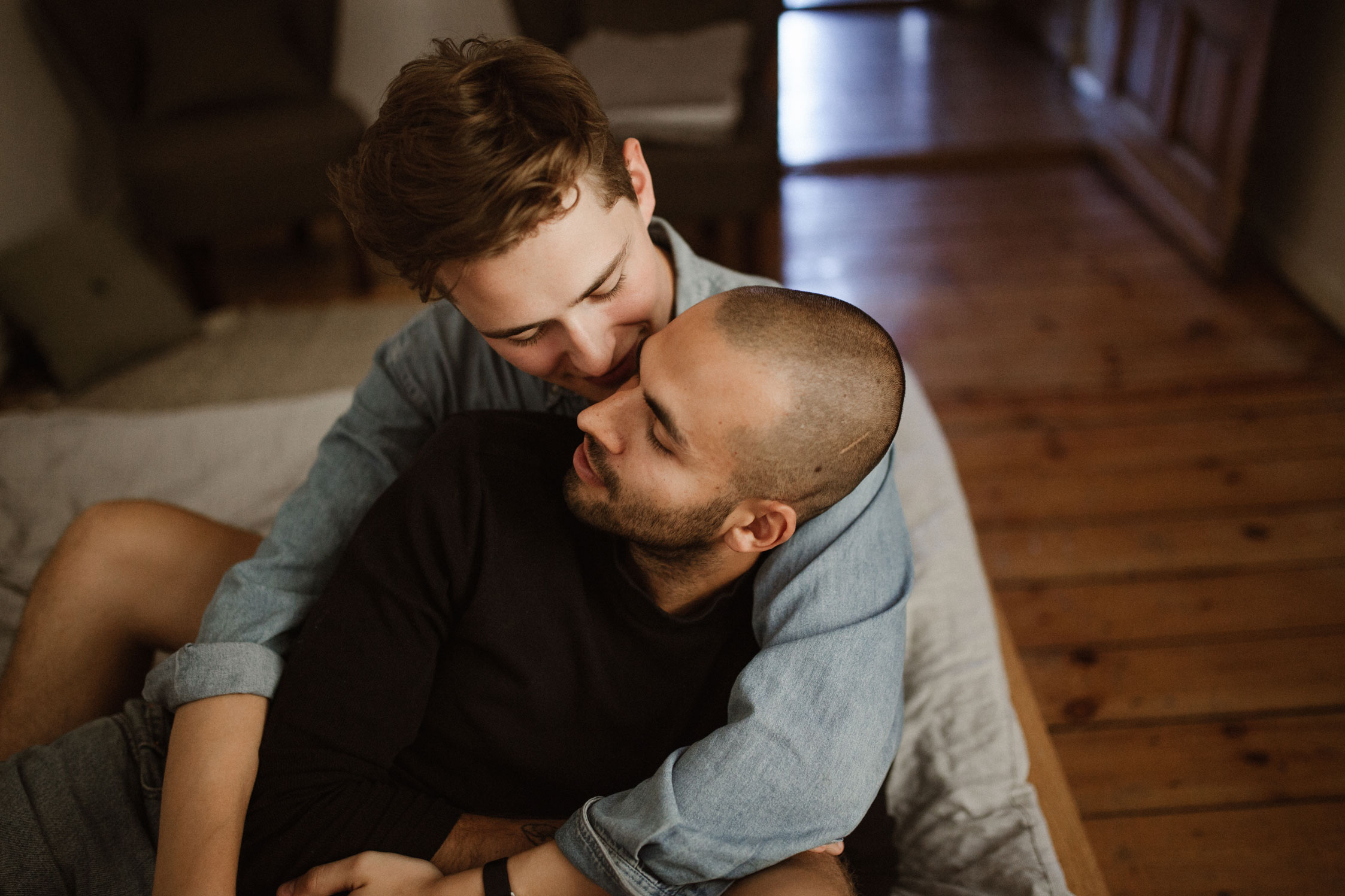 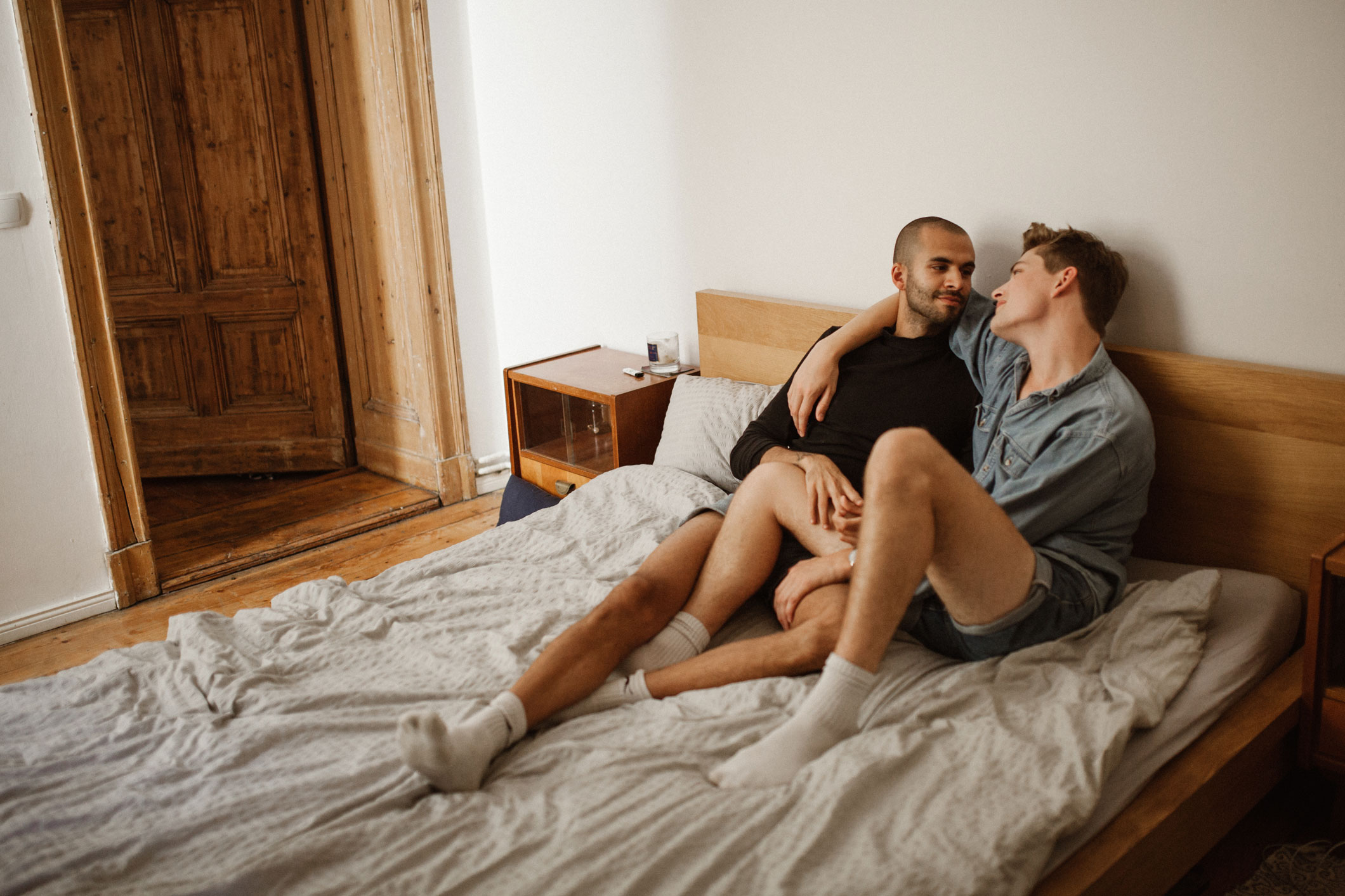 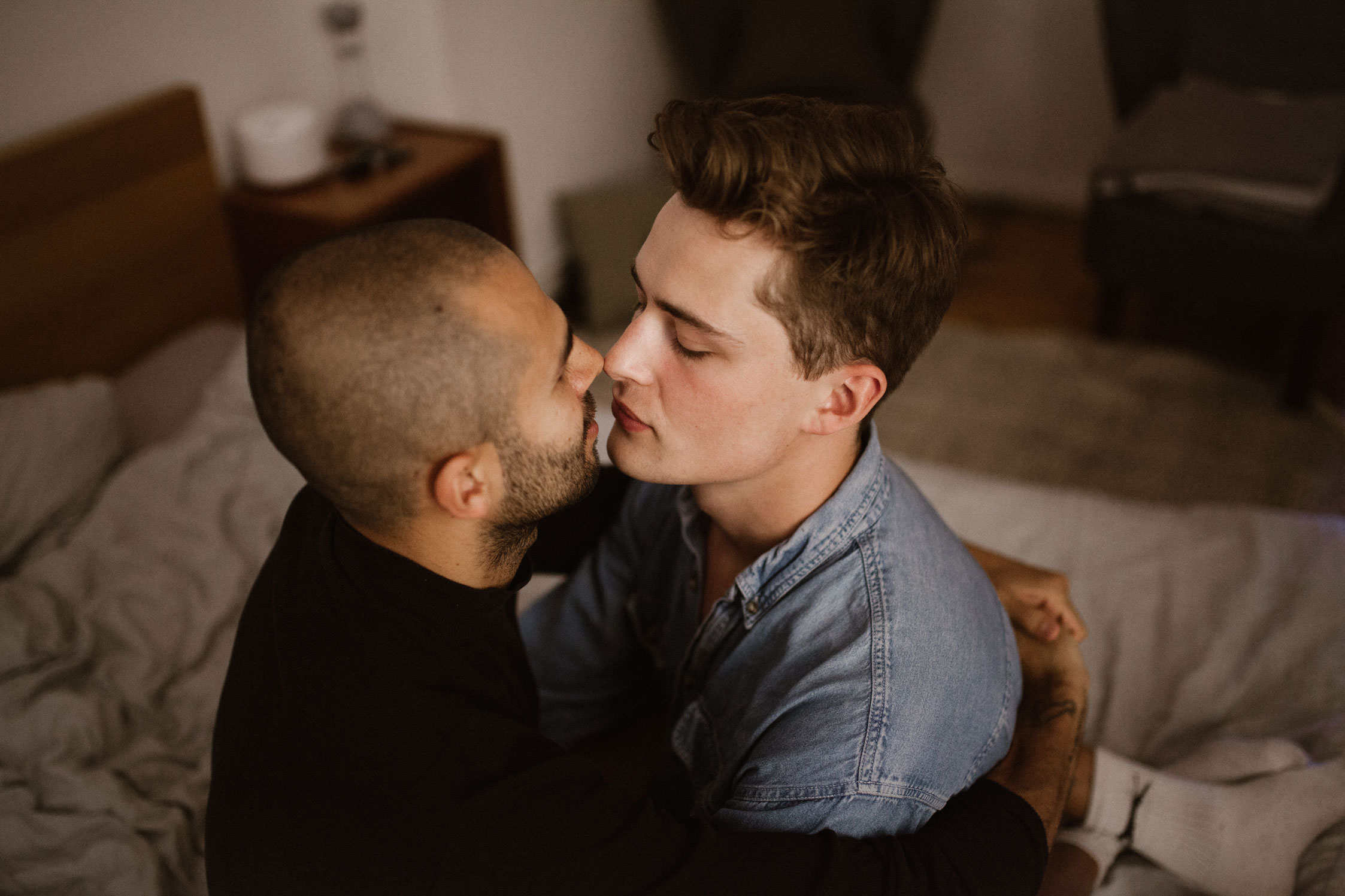 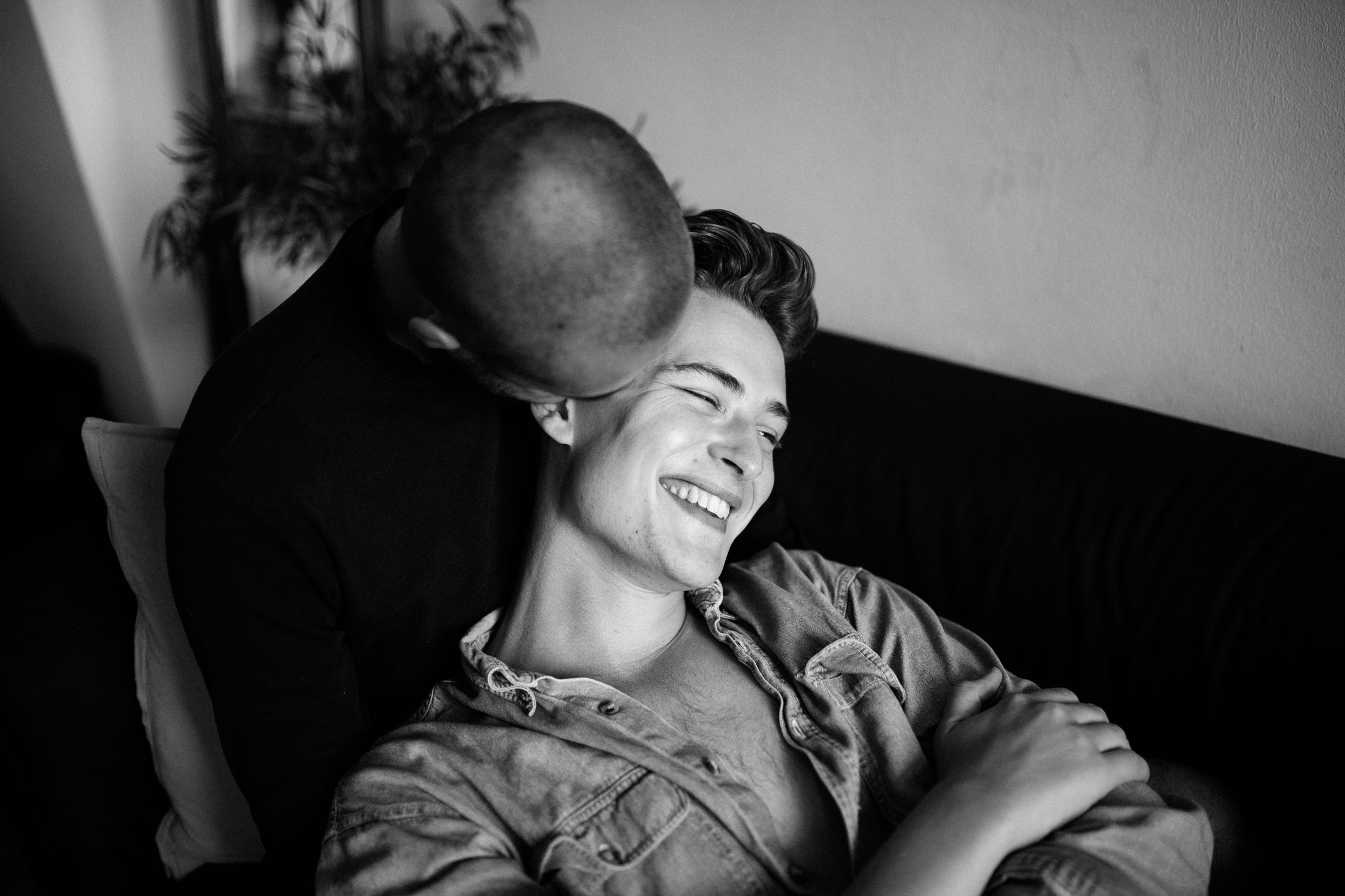 Sean and Kevin’s story begins with a rather disastrous first date which started in a lobby of a hotel in London. Kevin brought along a female friend, possibly, just maybe, to show Sean off, even though he had never met him in real life, and Sean was slightly confused. Nonetheless they had a great time getting to know each other, even with a third wheel. The friend left at some point, leaving Sean and Kevin to chat some more. Sean decided to give Kevin a ride home but even that didn’t go to plan, because once they got to the car, Sean realized he had left the lights on all evening, causing the battery to drain which makes the car useless. So they ended their first date sitting in said car for hours waiting for AA.

That experience must have left an impression, because they kept seeing each other and soon found out that they both cared a great deal about one another. They moved in together after 6 months and have since created a home wherever they’ve lived together.

Recently while lying in bed, just before falling asleep, Sean had this little moment, where he looked at Kevin, and suddenly that little moment felt very significant. He realized he was holding the person who makes him feel safe and at home, whom he wants to build his life with. And Kevin, who was in a weird stage before meeting Sean, having had experienced an assault back in Ireland, also says he has found a home and the feeling of safety in Sean.