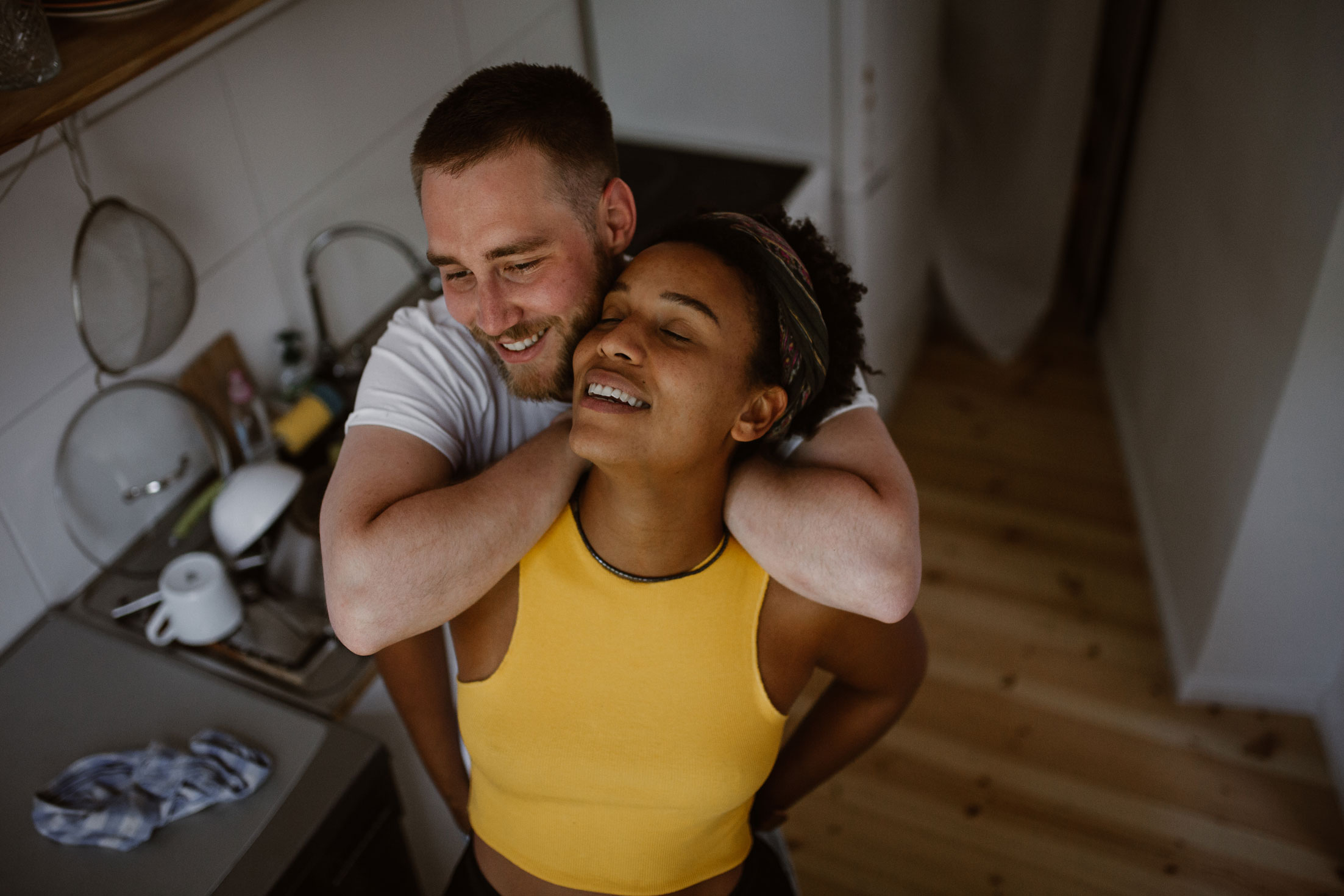 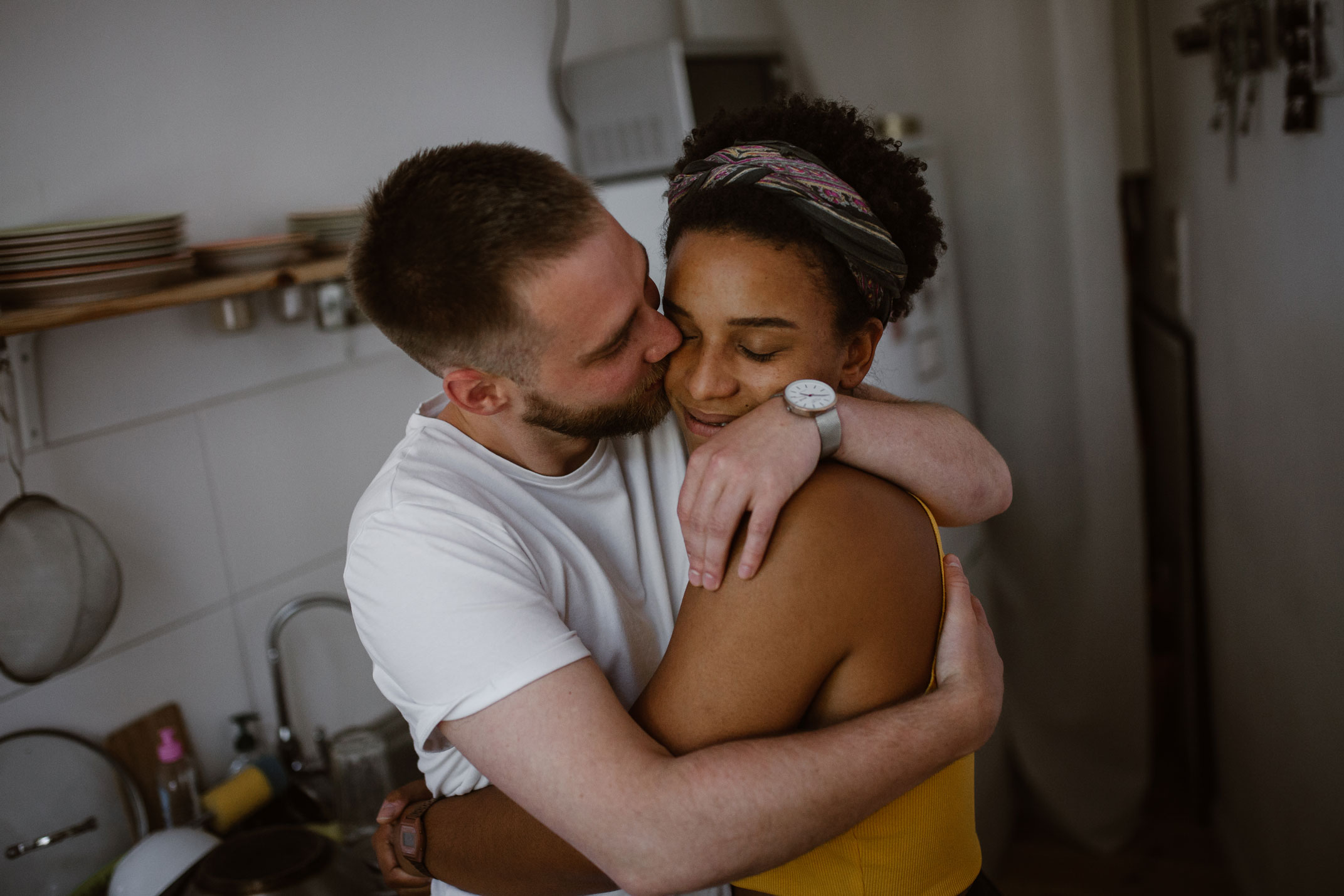 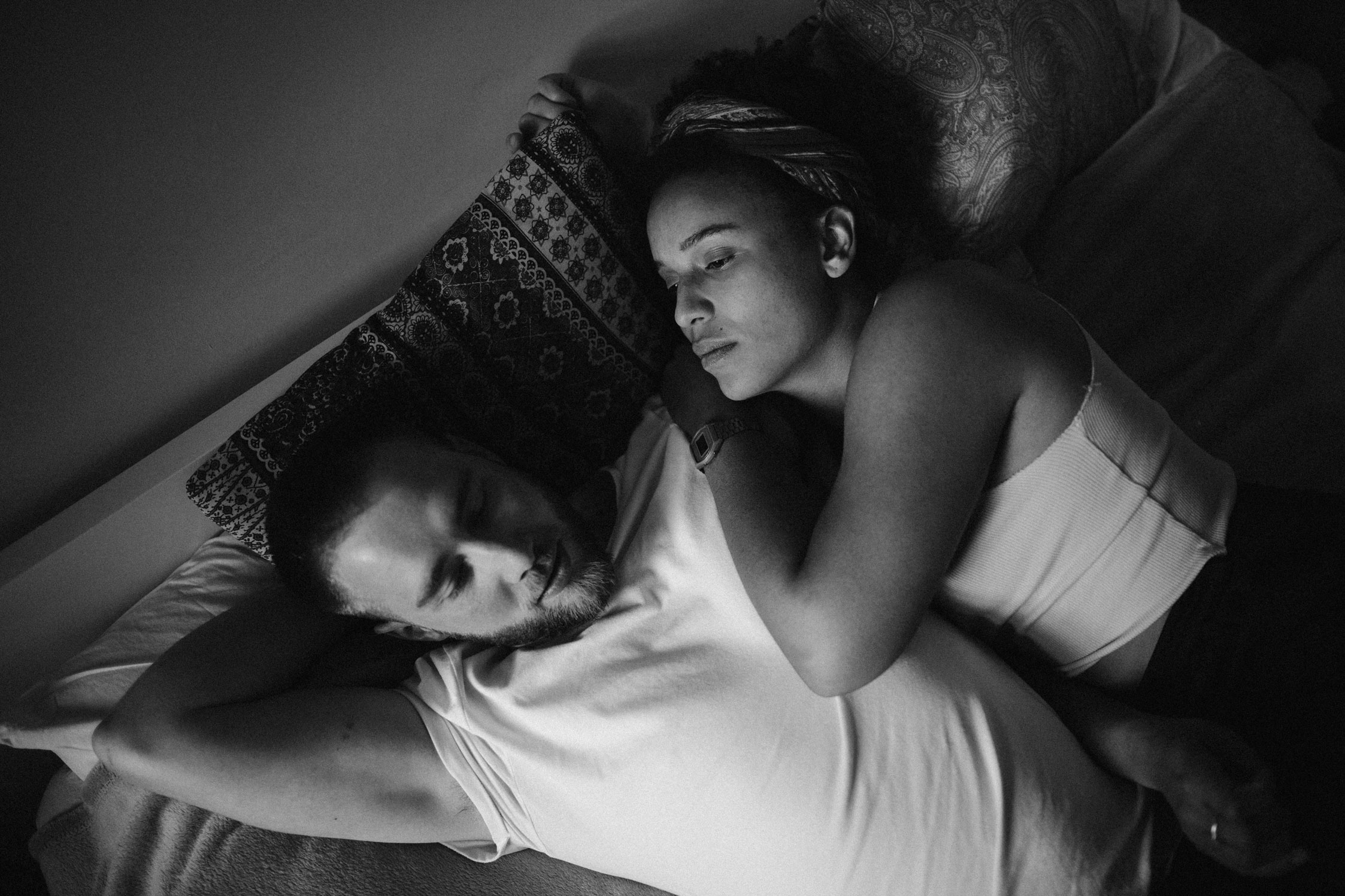 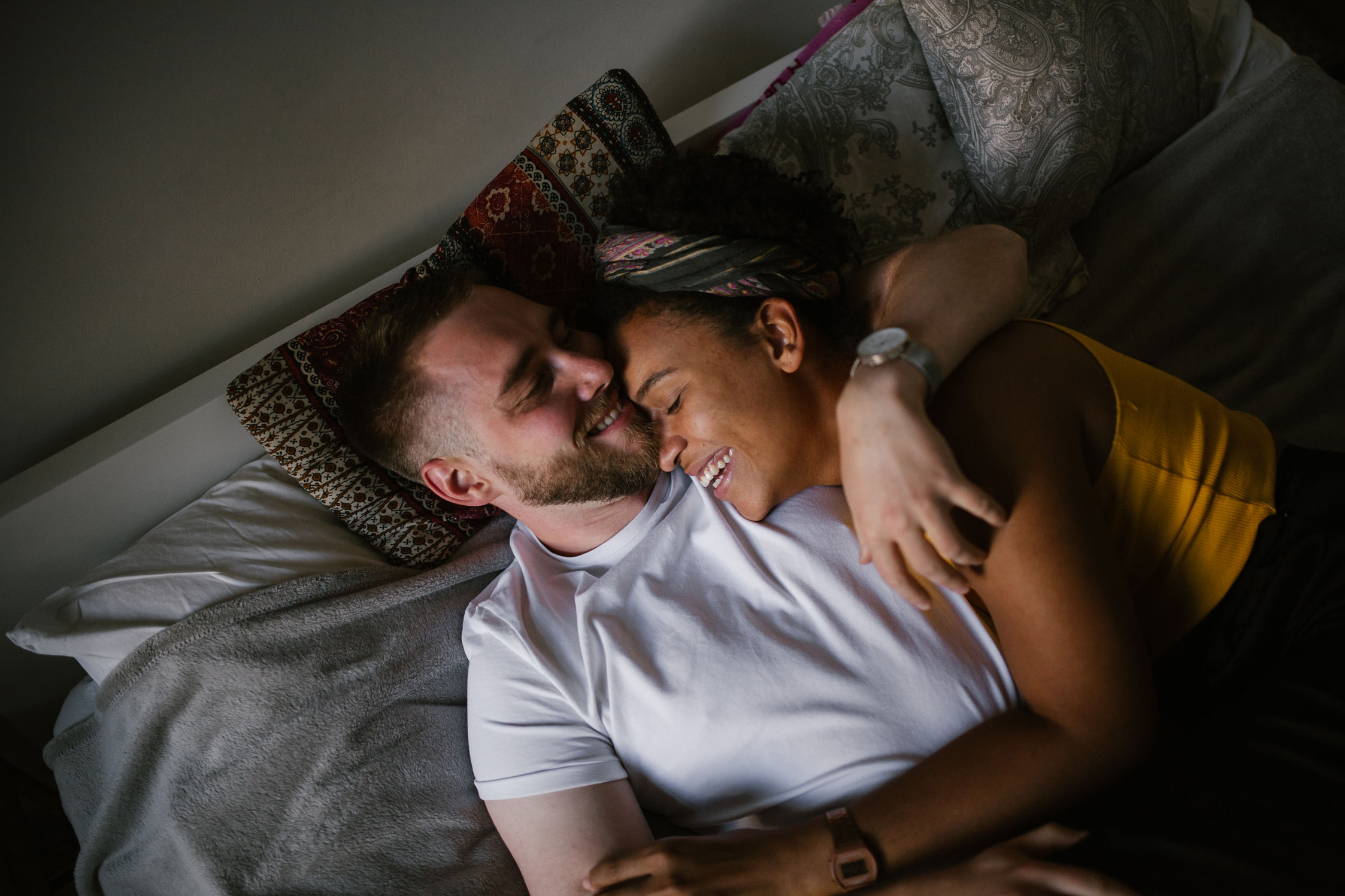 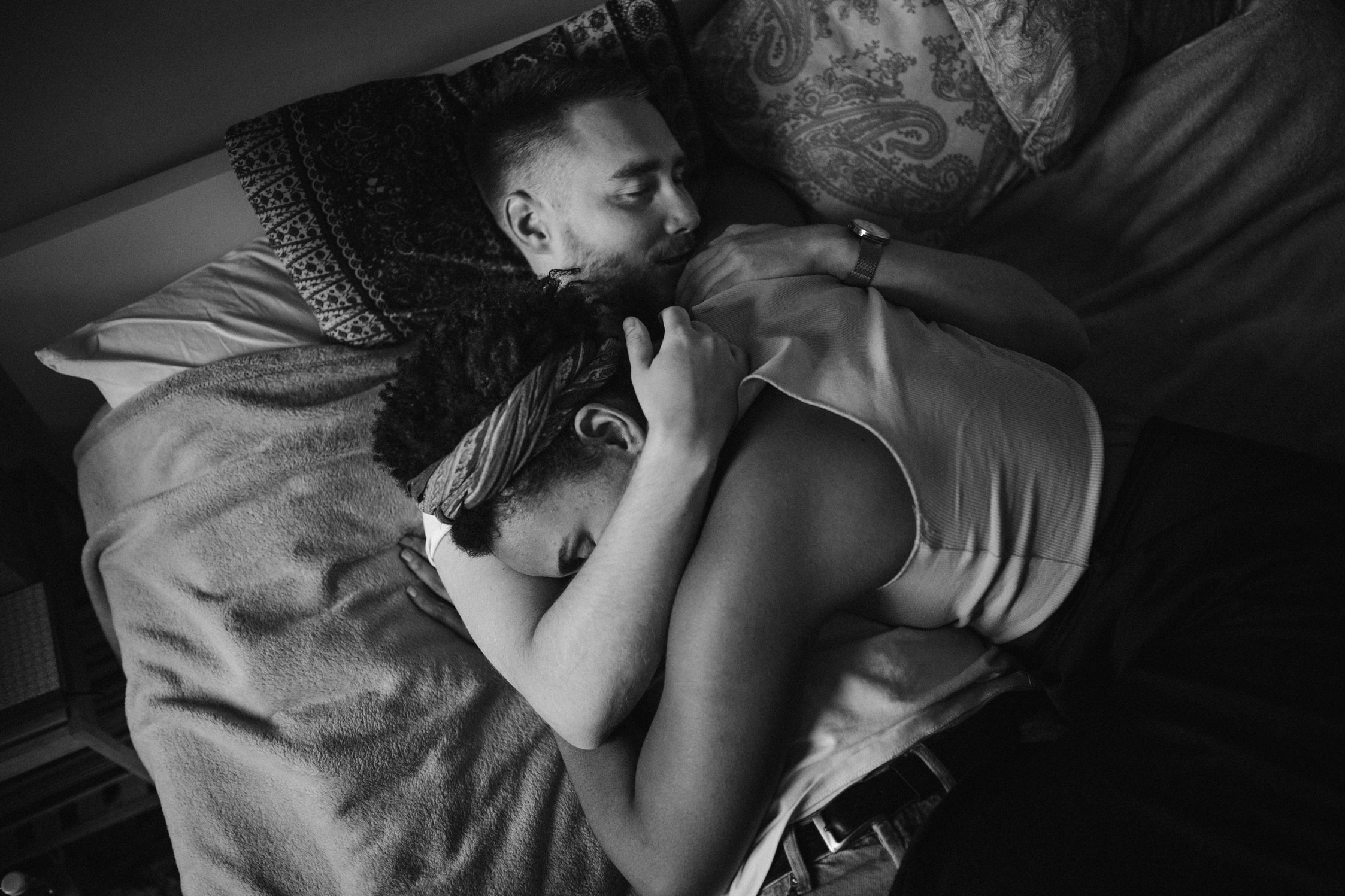 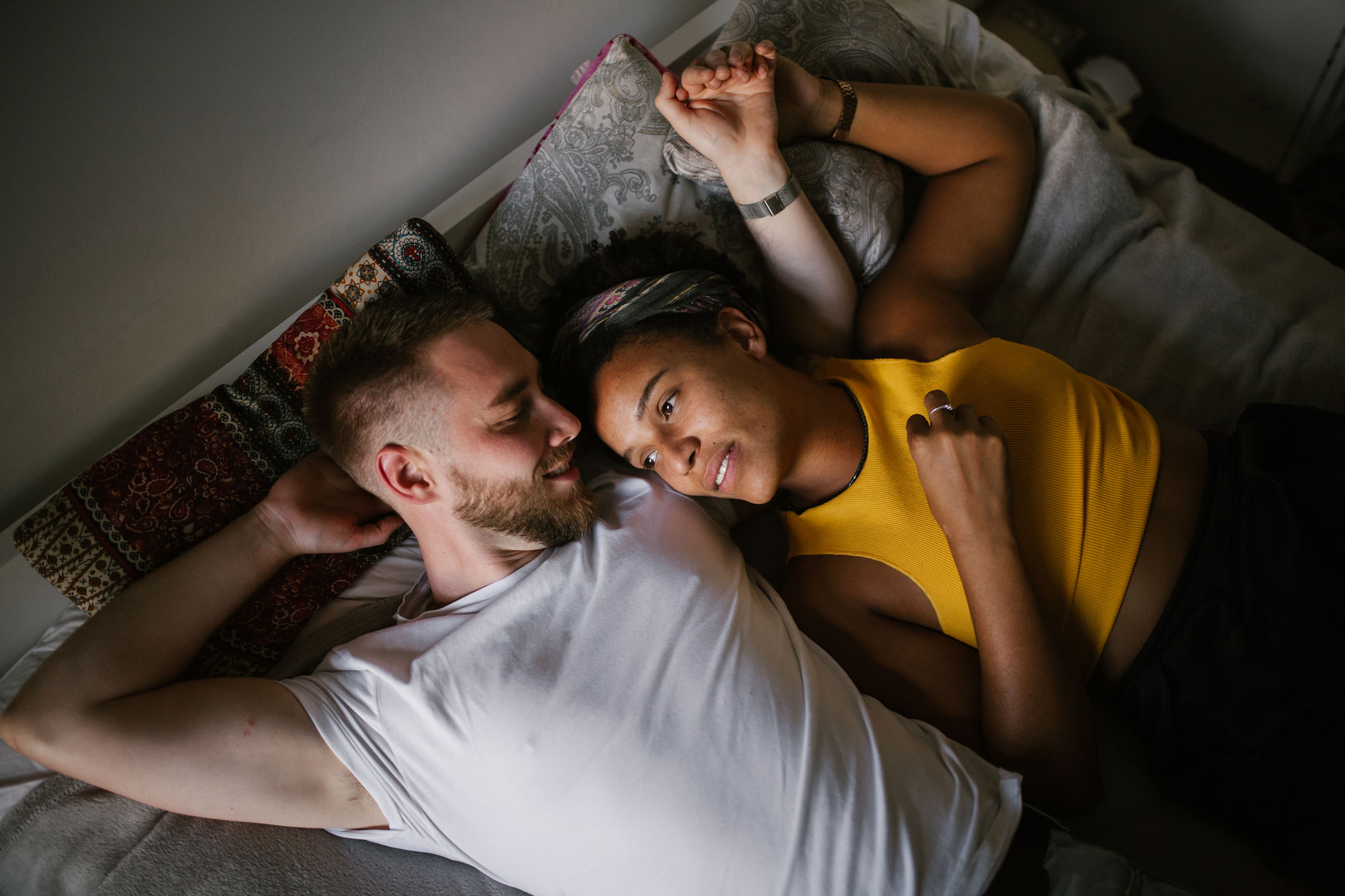 From Berlin and Munster, these two met at Karnival der Kulturen three and a half years ago. They were smitten and agreed to go on a date. That led to a first date, where they drank a bottle of Pfeffi and cut each others hair. They kept seeing each other for a good while and developed a friendship,
until one day the question arose, ‘why the hell aren’t we a couple?’. It all of a sudden became clear that they didn’t have a single reason not to be together and that they had become a couple without even realizing it.

So that was that, and then they moved in together. The apartment was a tiny one bedroom and it put their relationship to the test. They lived in that place a whole year and survived. Finally, they moved to a bigger place and have been together for over three years, sharing three birthdays together, which happen to be on the same day.