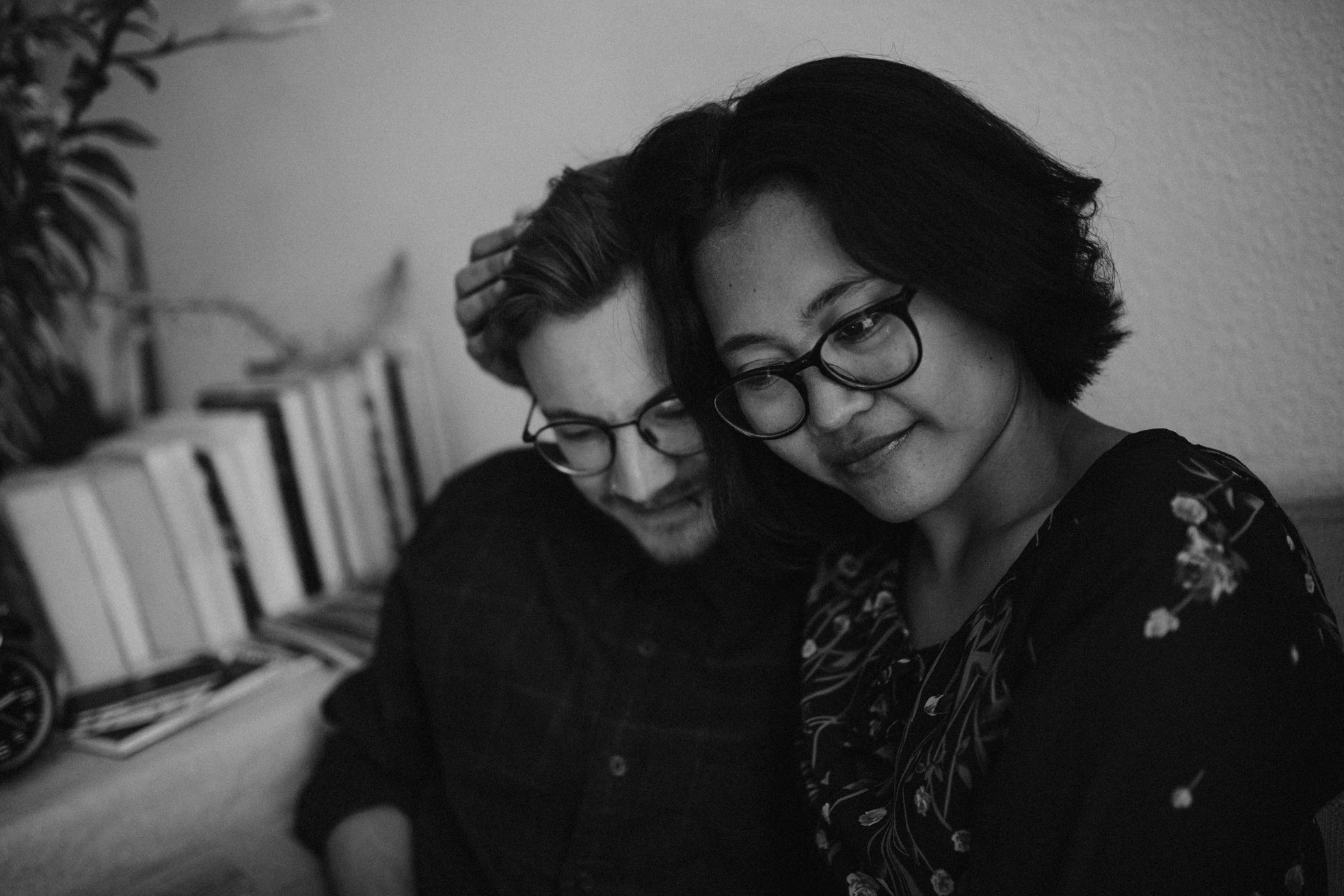 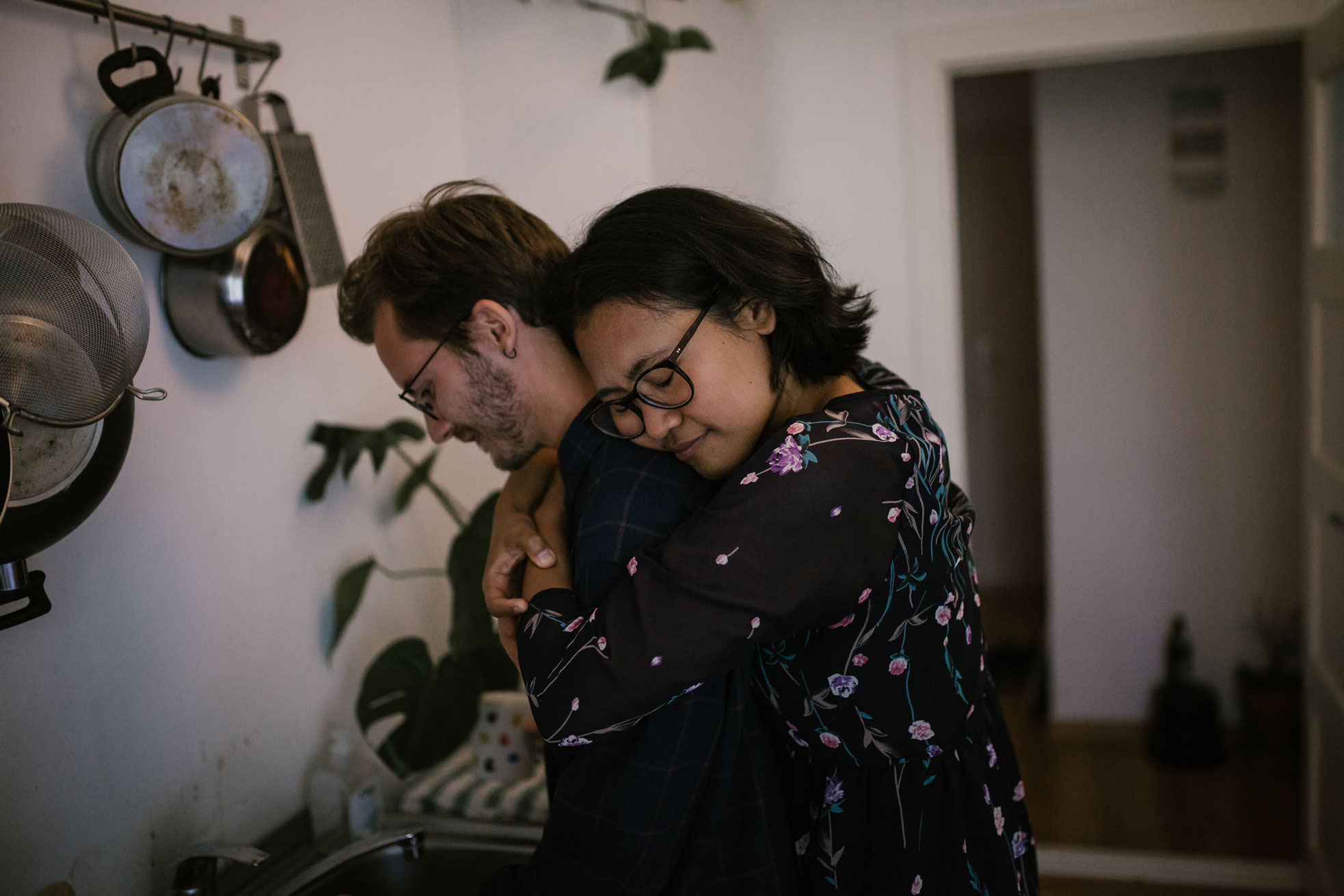 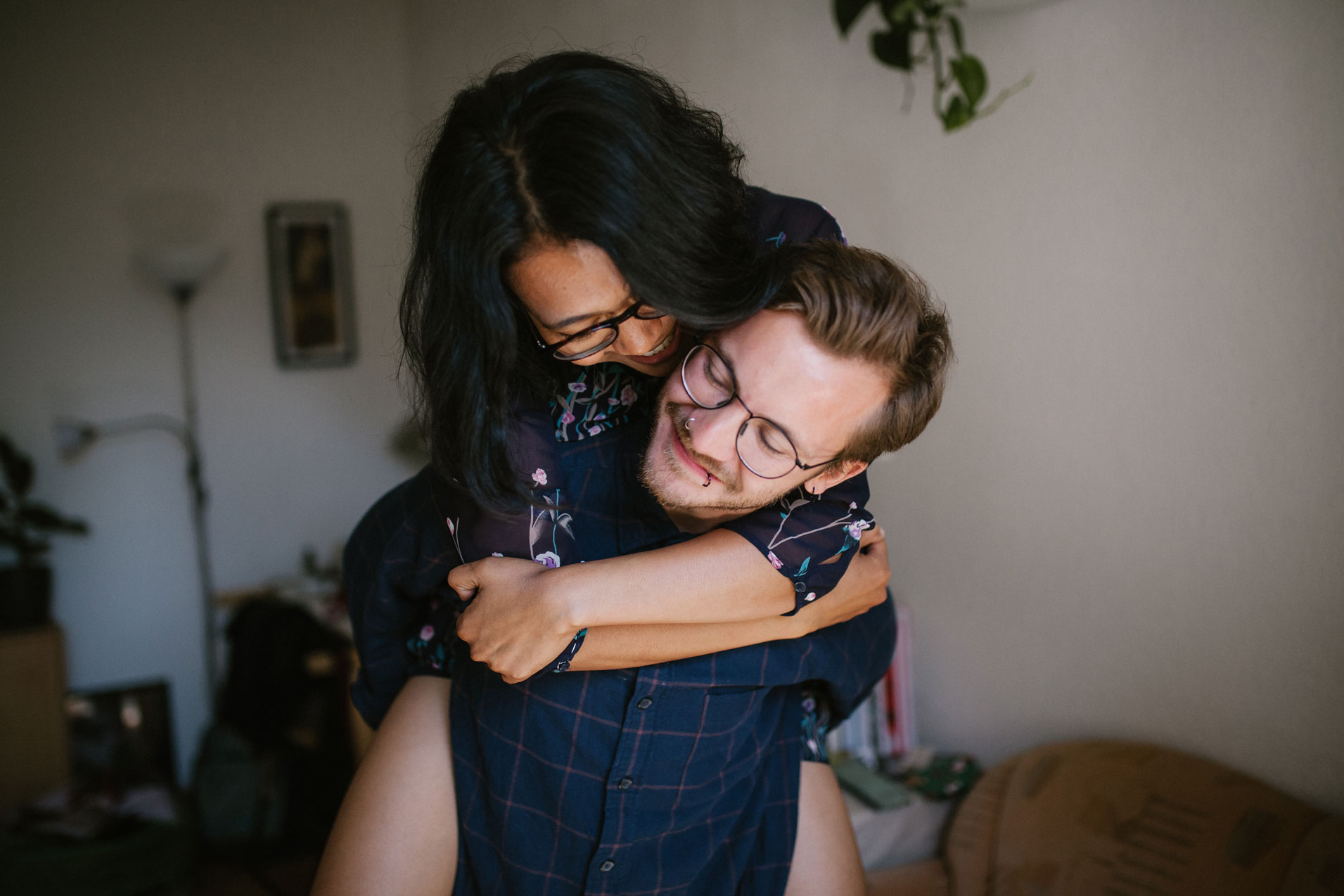 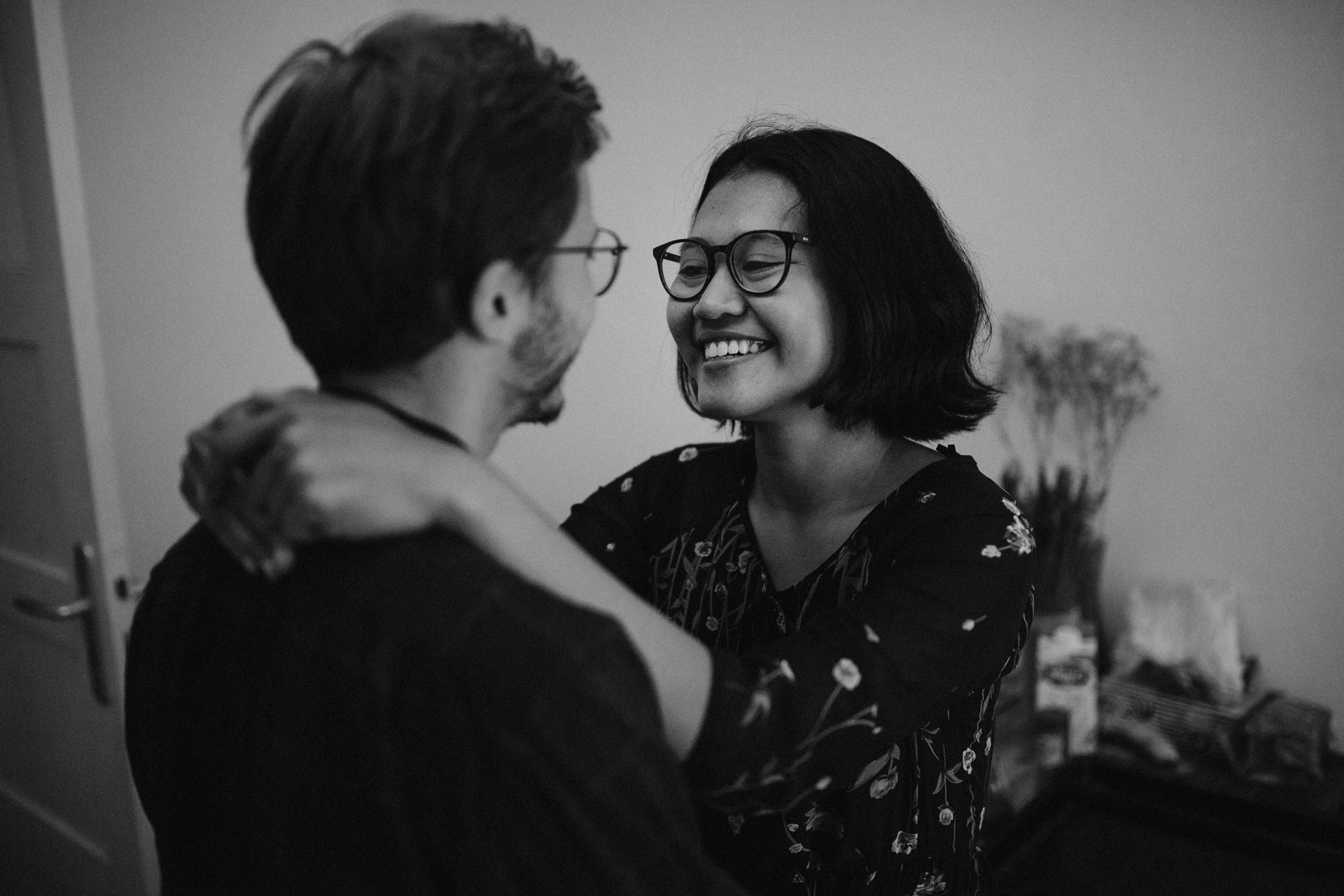 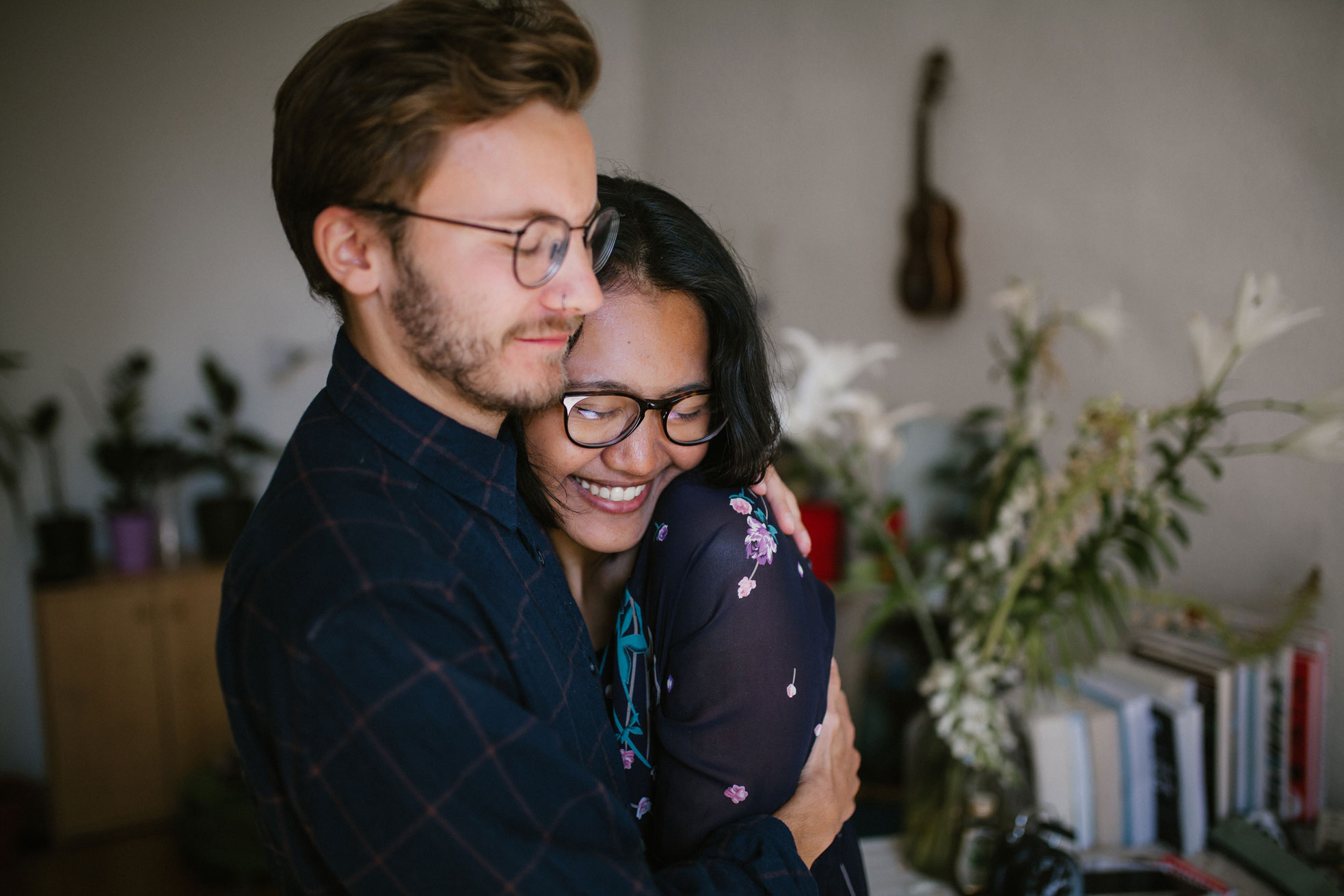 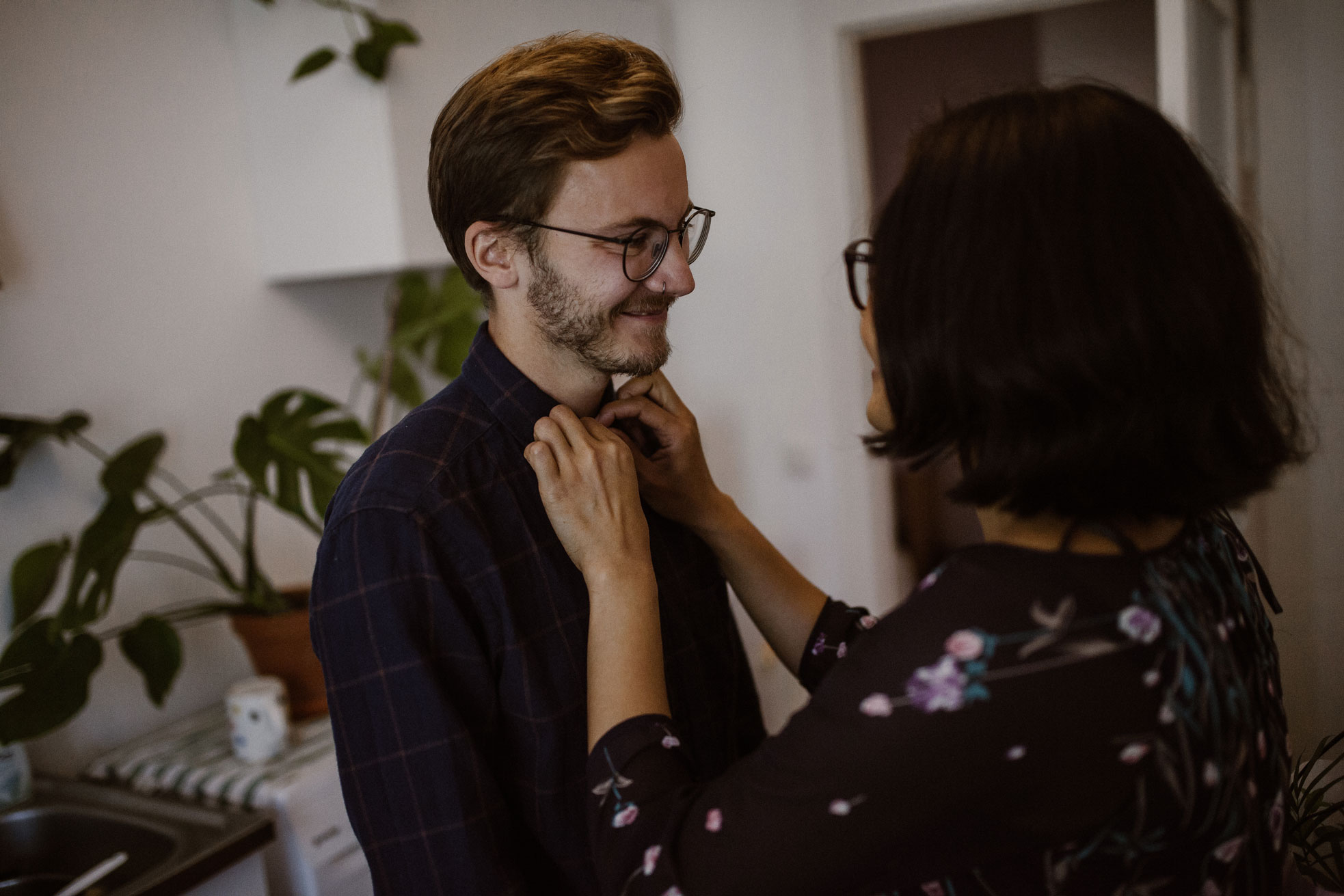 An aspiring florist and a musician, they happened to meet both on Tinder and, coincidently, in real life, too. Both being shy creatures, they spent a long time treading water, waiting for the other person to give a sign, or make a move. Over the next month they spend a lot of time together, still being kept apart by shyness, until Galuh finally kissed Simon on a rooftop, at a party.

Since then, they have been navigating a relationship as two polar opposite people. With one of them
being from Indonesia and the other from Germany, they talked about miscommunications and compromises, but that’s something that a lot of people describe when two worlds collide. While still figuring out some cultural differences, they fill their lives with flowers, books and music.