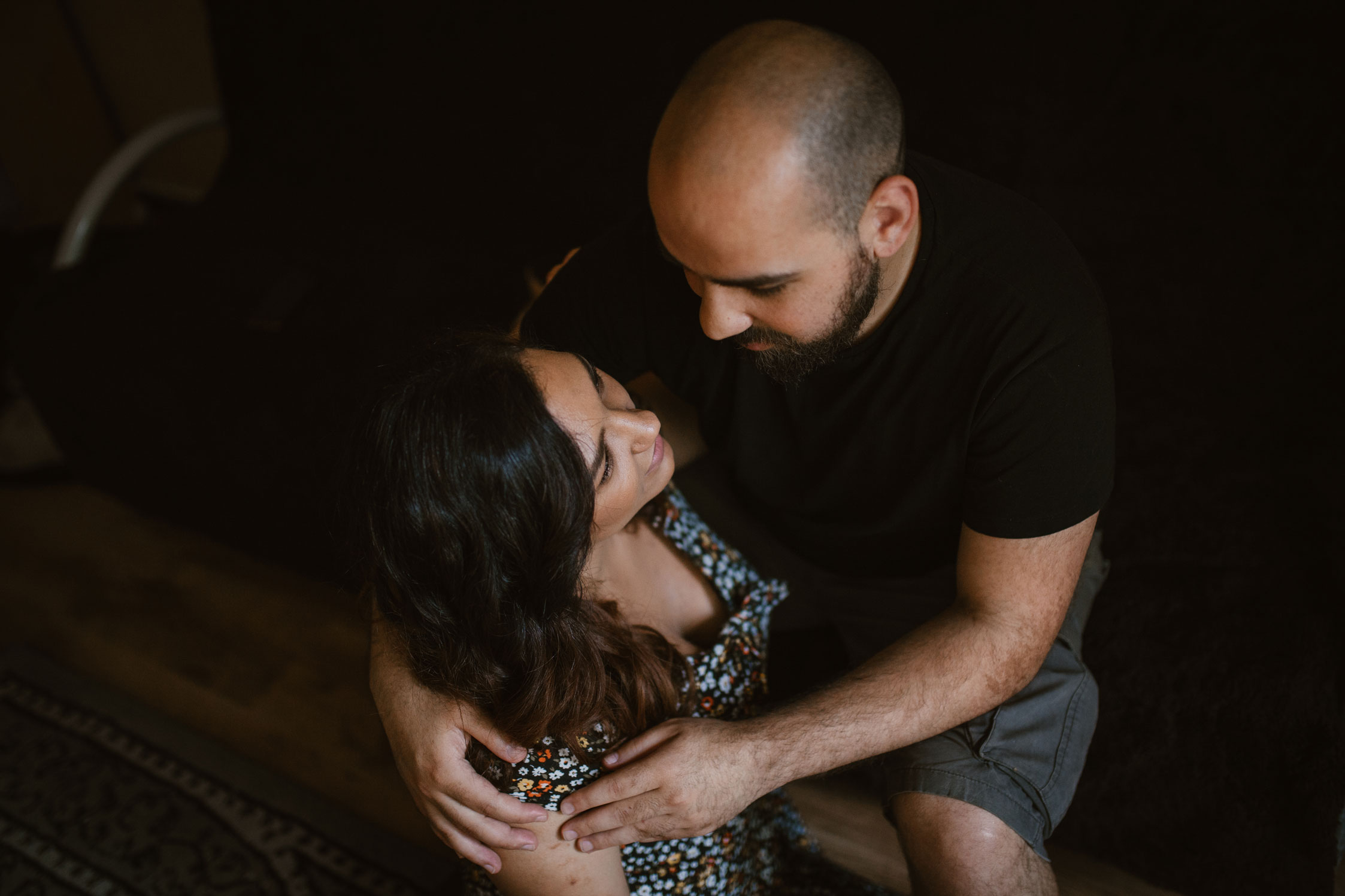 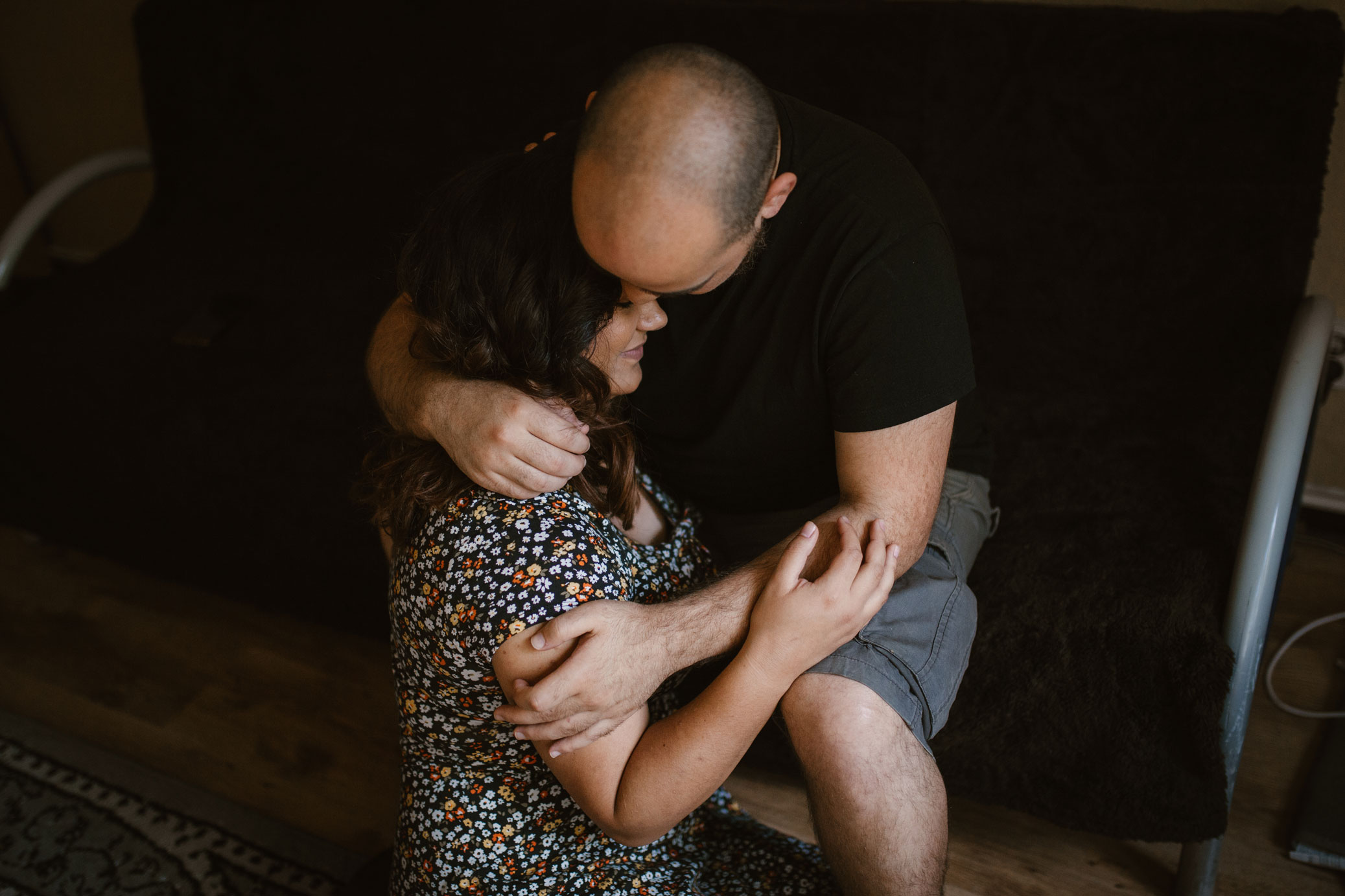 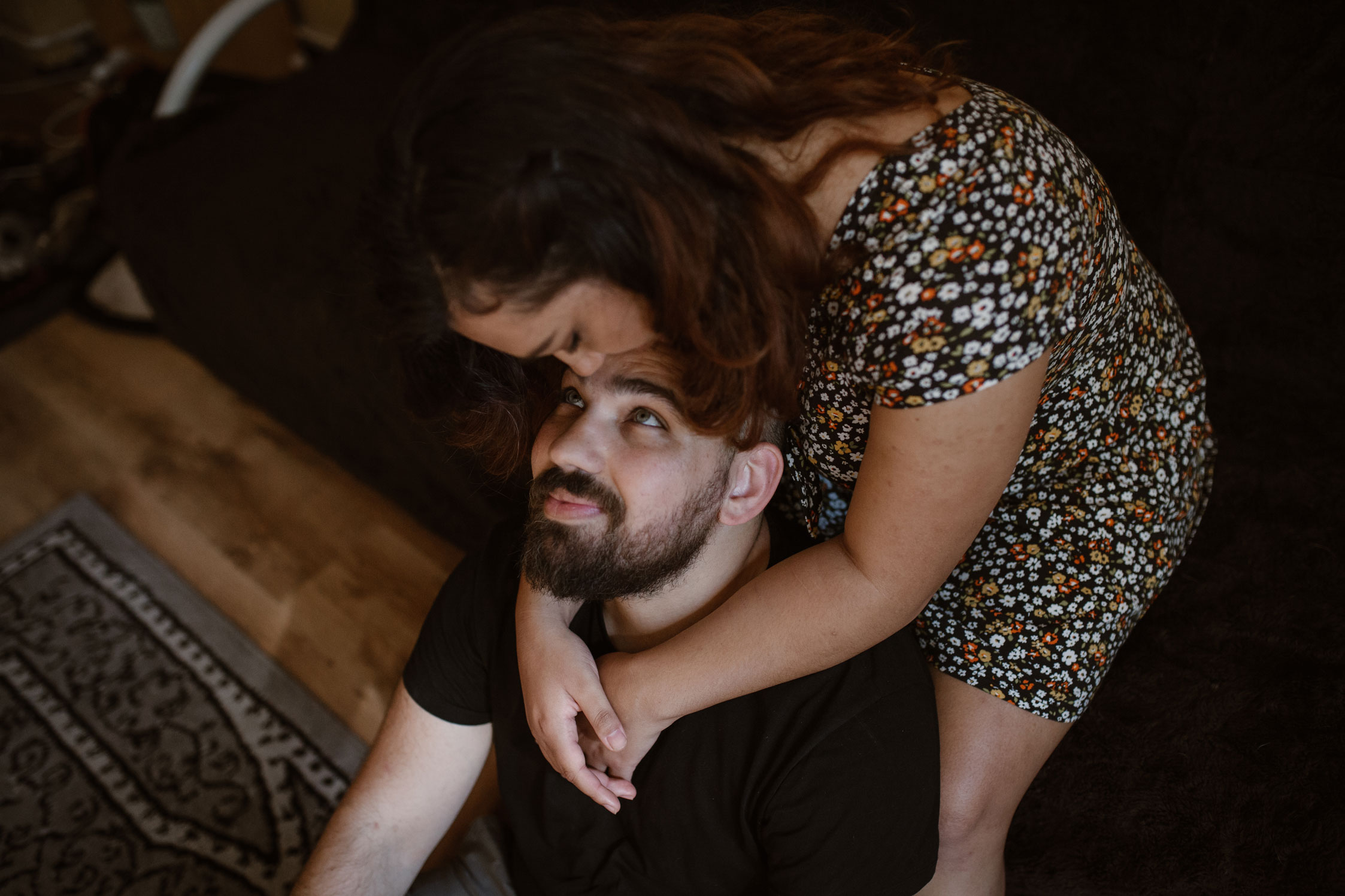 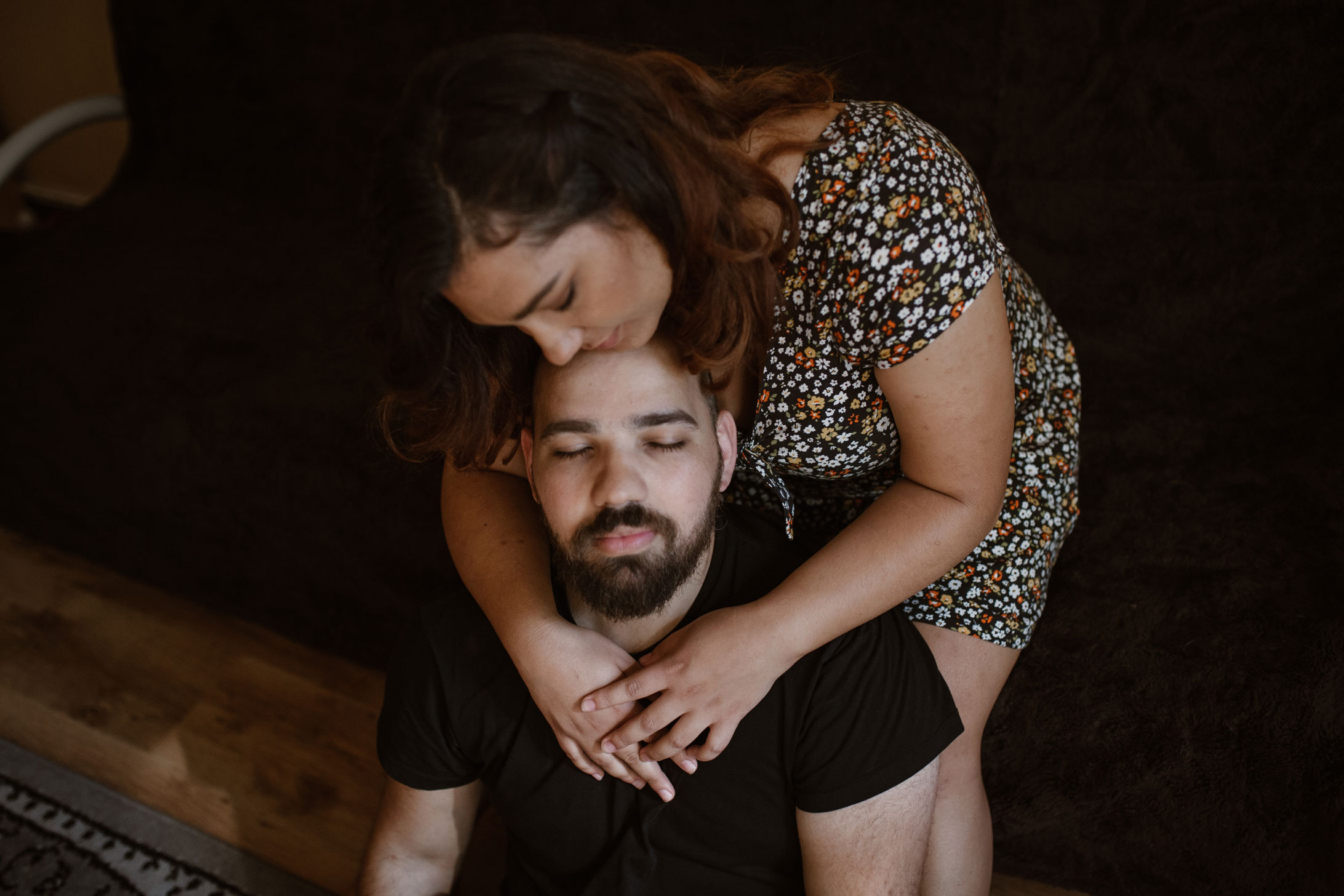 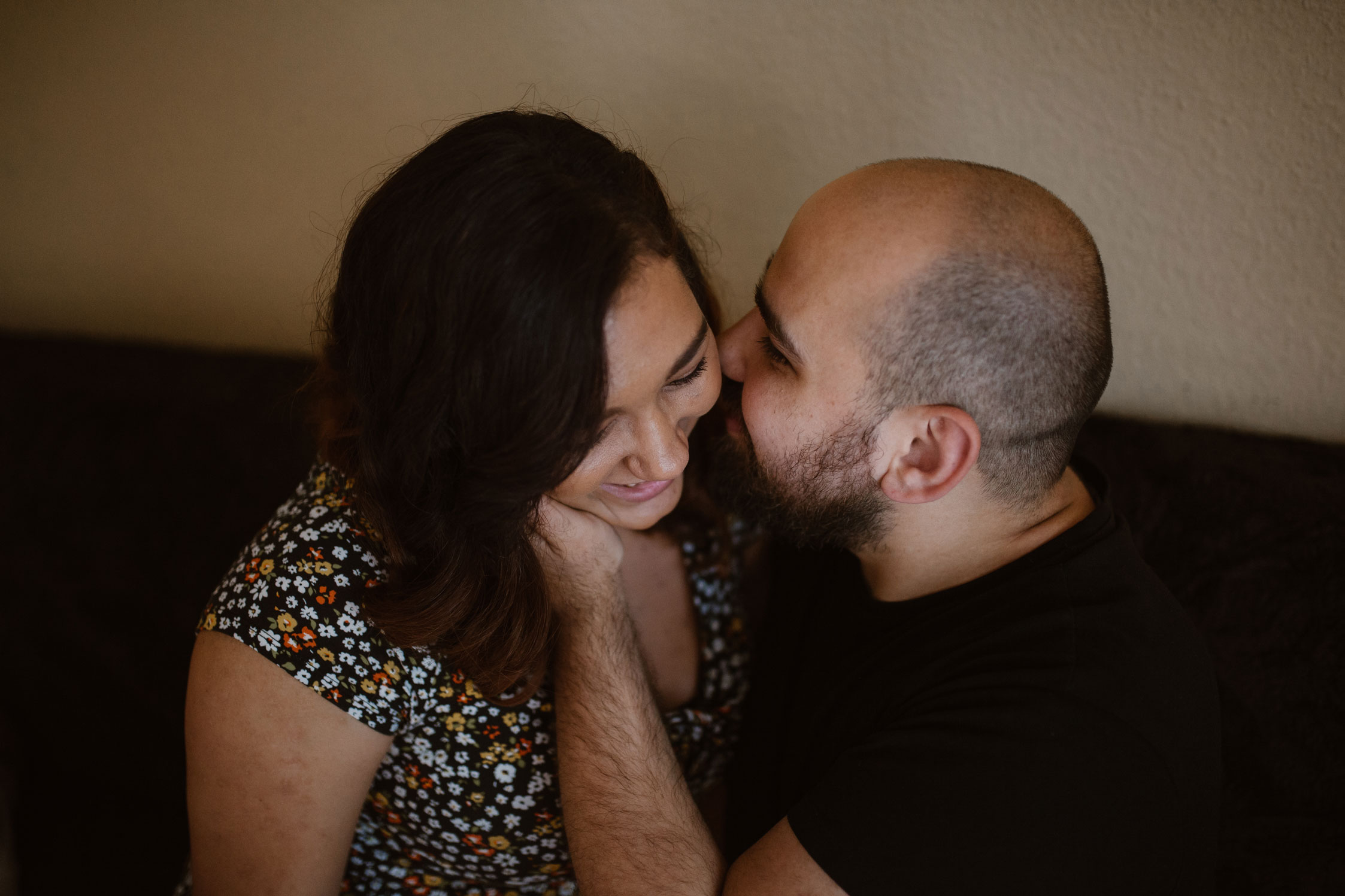 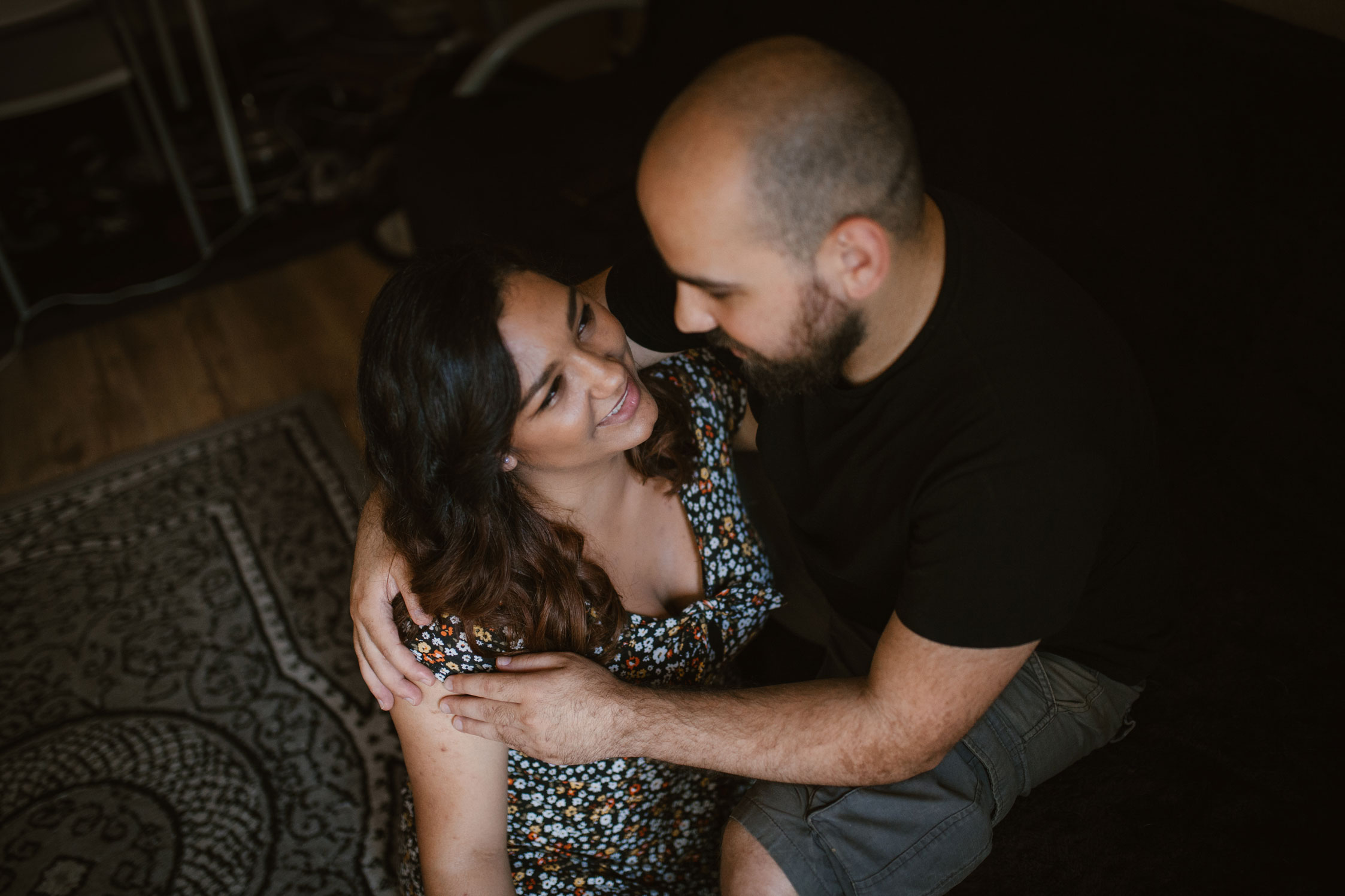 Hamzeh’s story began in Syria, from where he walked 35 days to get to Germany. There were bullet holes in his bedroom walls back home and his whole family is spread out in different countries. Here in Berlin he has created a life for himself, working as a web designer and all-around tech guru. He met Laissa, who is Brazilian and was living in the U.S., online some years ago.

They spend three years talking to each other across continents, until Laissa finally came to visit Hamzeh in Germany. Her family was not exactly thrilled about her going to stay with a stranger she had met online, but it turned out their spark existed beyond the boarders of the internet. So Laissa made the move and they got married after 6 months of living together.

Their dream is to live in the U.S. some day, but in a different political climate. For now, they can’t make concrete planes, since Hamzeh has refugee status and doesn’t get to pick his dream destination. So they’ve got their dream plan, a plan B, plan C, plan D, and plan E, just in case anything happens. Having dreams and plans is a luxury they can’t afford, so they are making a life in Berlin, waiting for things to change, and for Hamzeh to get the chance to move to the U.S. or Brazil
with Laissa.