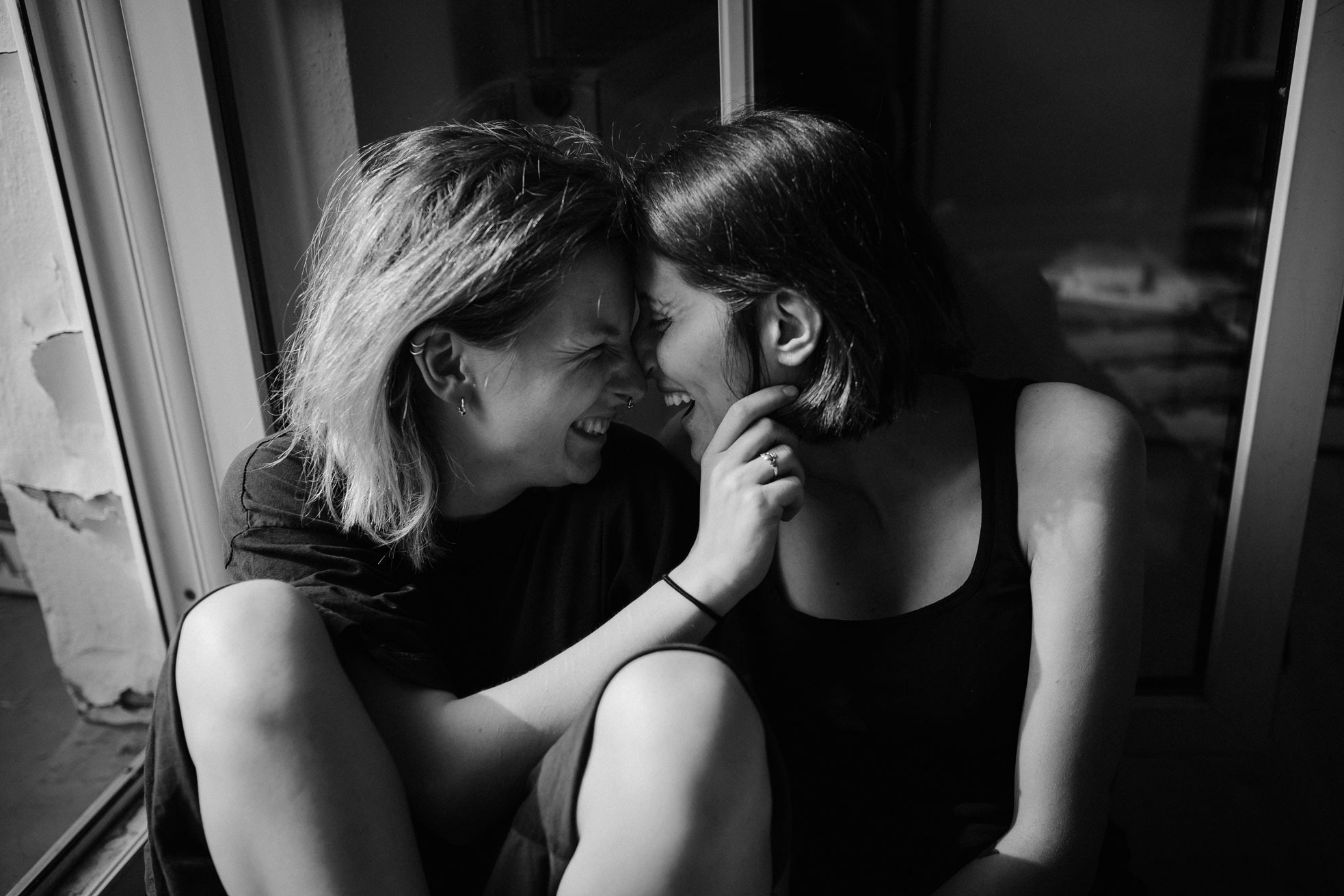 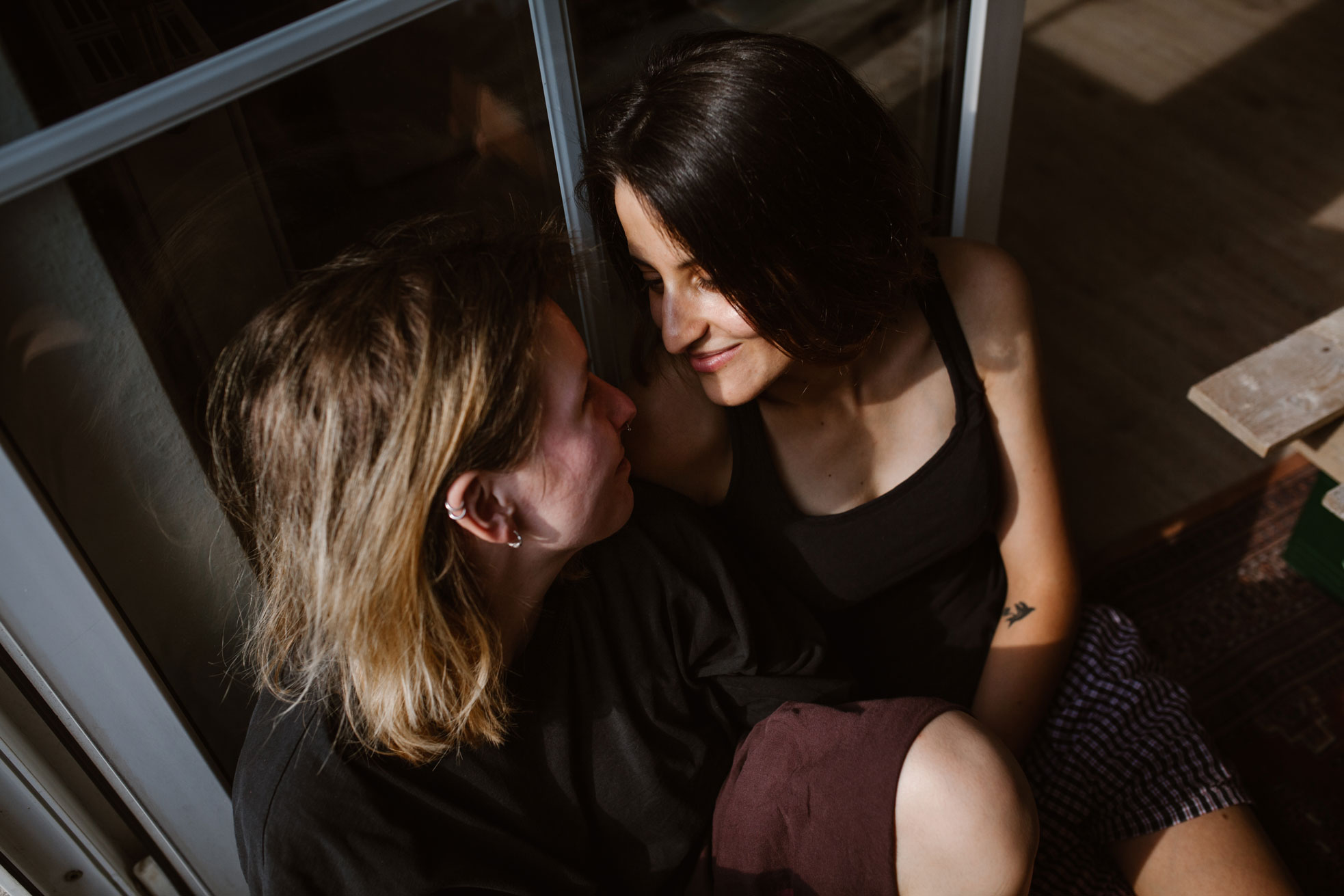 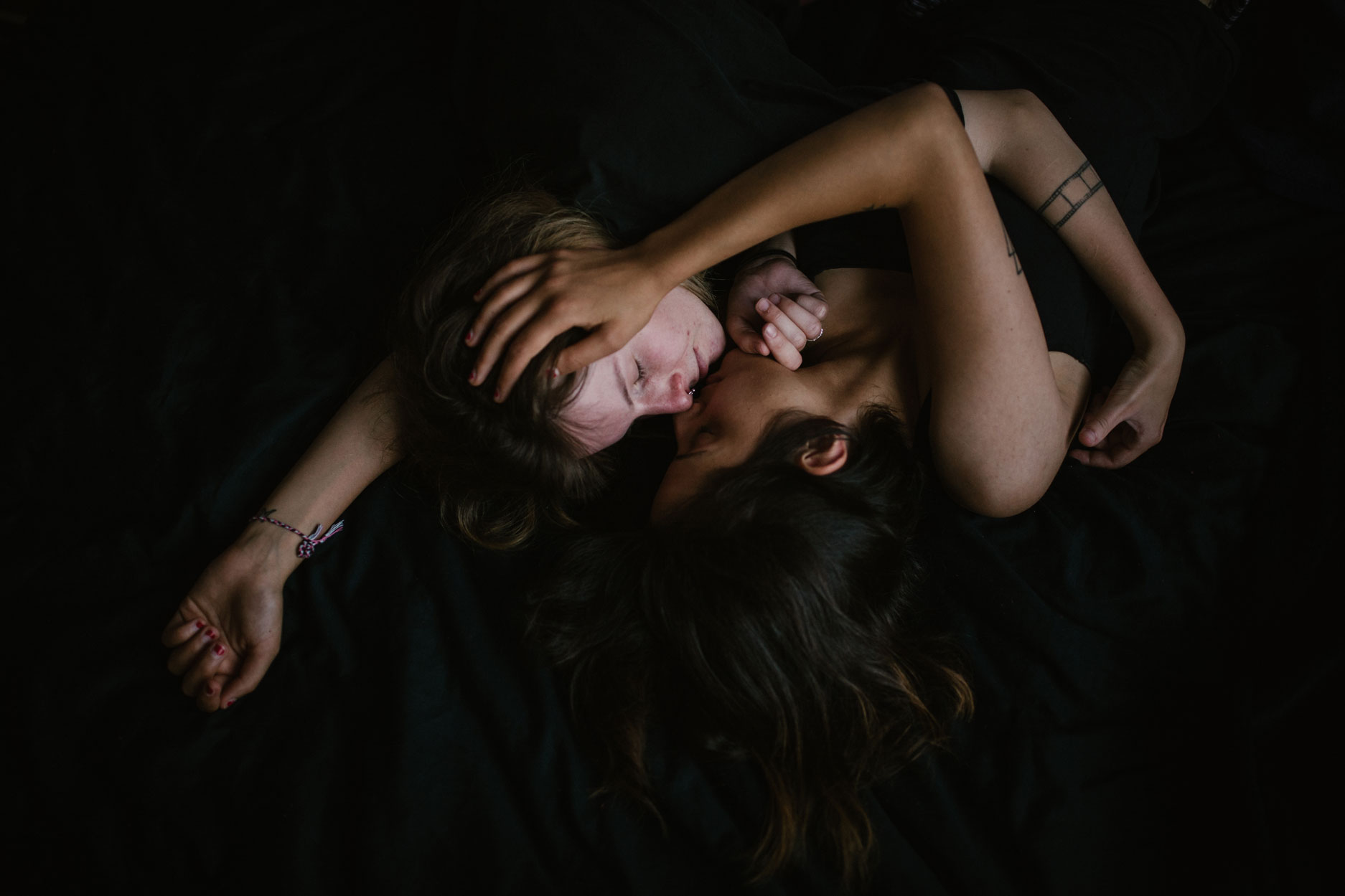 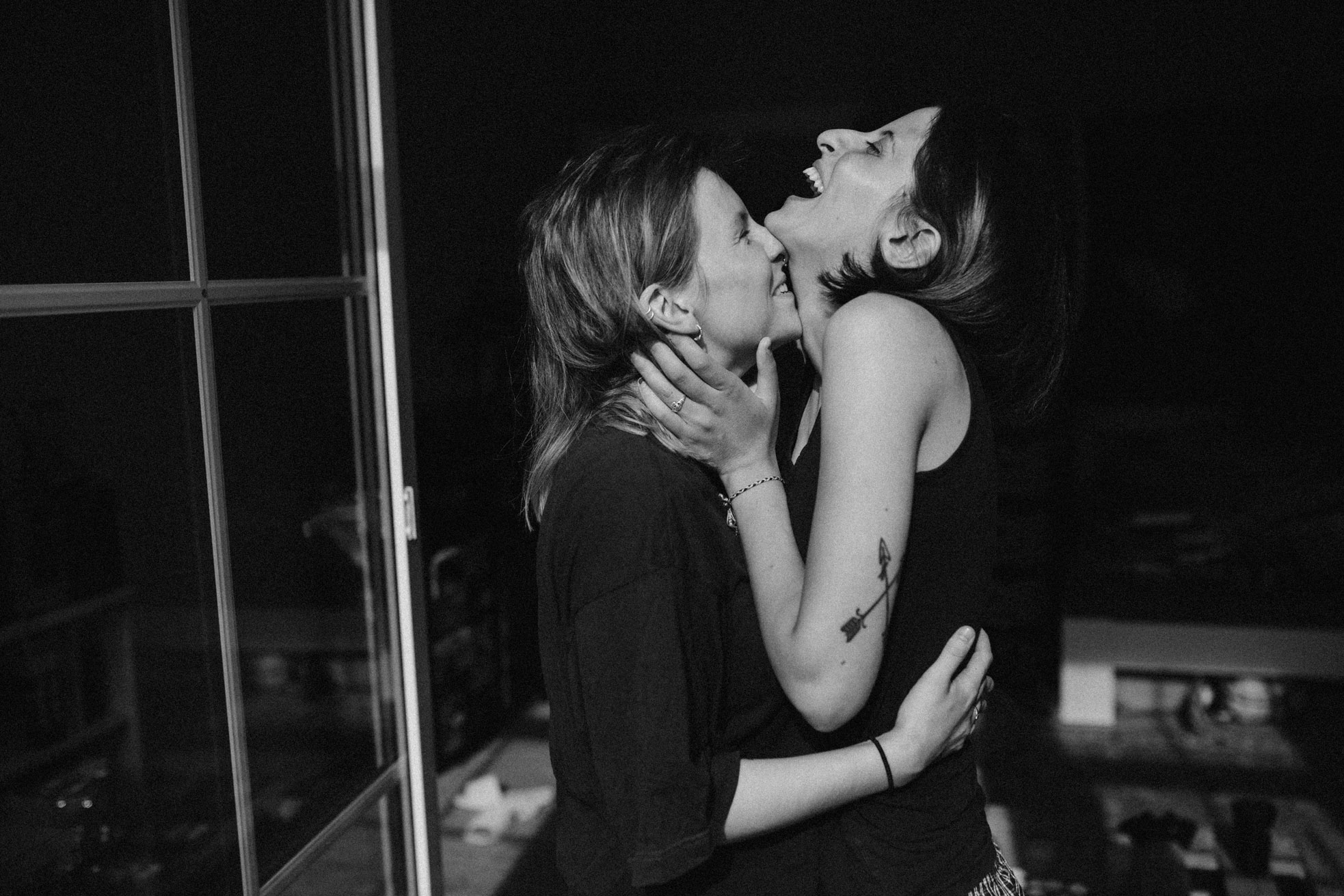 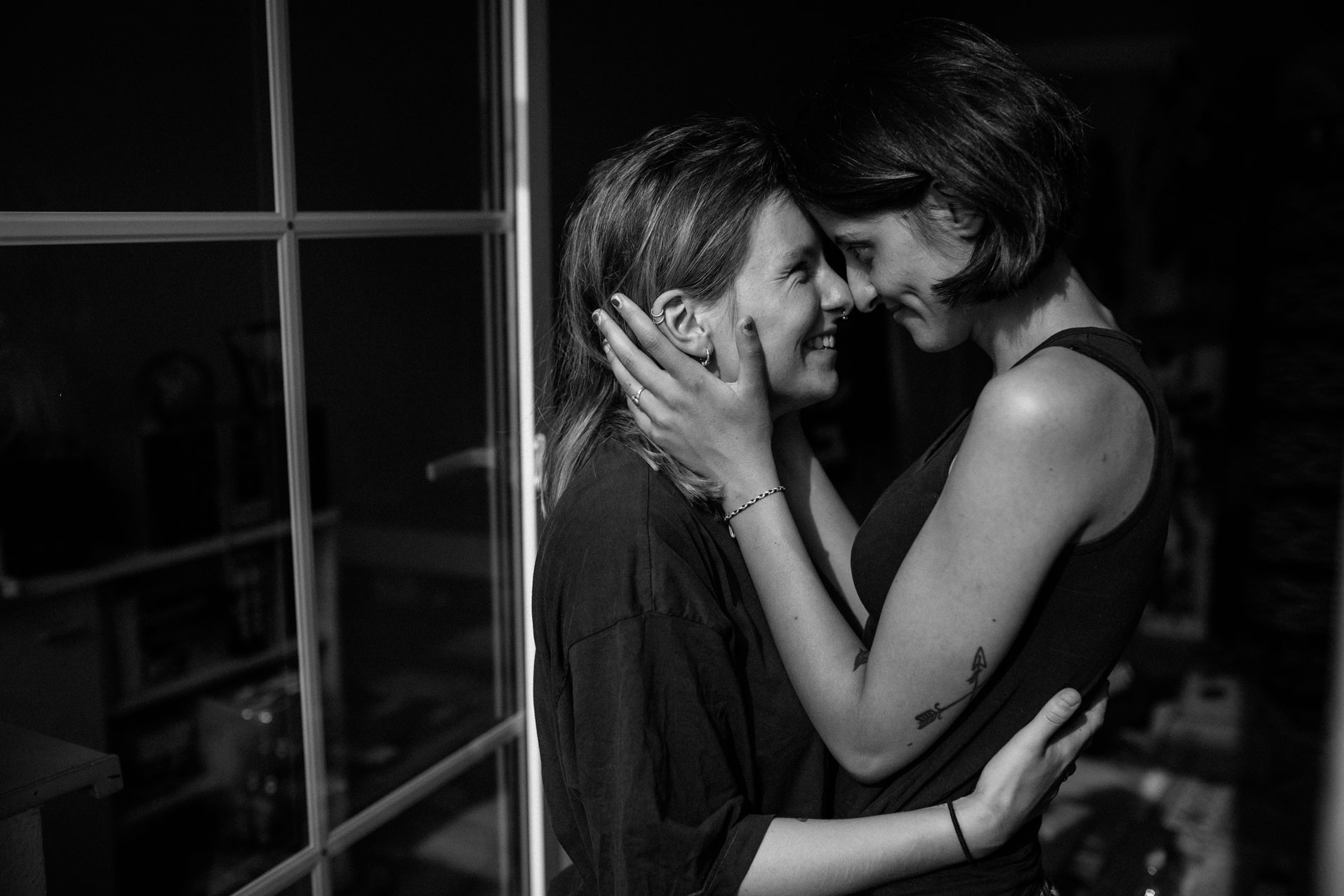 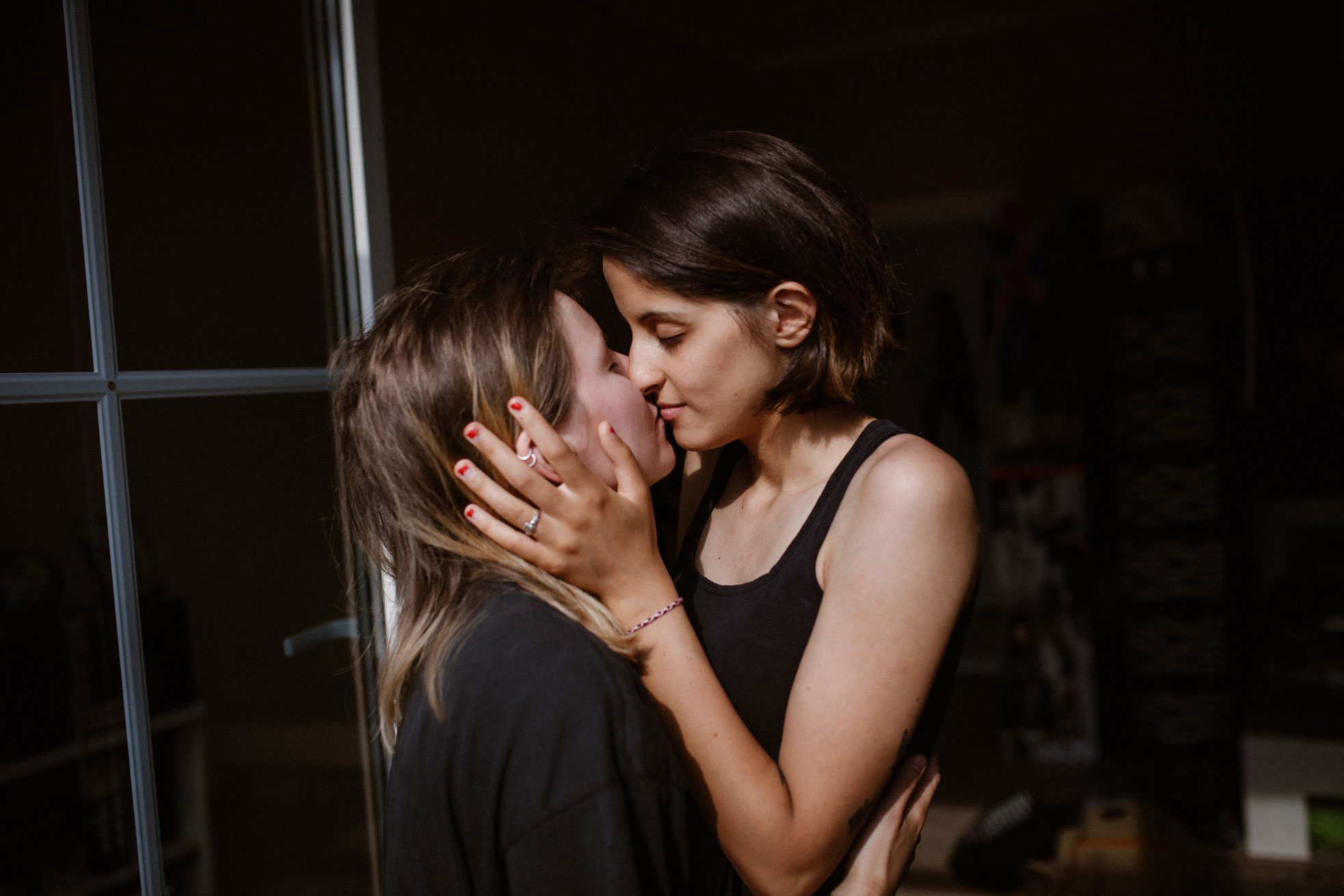 Merve & Doerthe come from very different families, one being very open and free, and the other more conservative, believing that being gay is a sin. The two of them met at acting school, where they formed a bond early on. Discovering themselves and each other through acting classes, their friendship soon turned into something much, much more.

For any girl who likes girls, but has been with boys before, it’s always difficult to be accepted as a lesbian, because people always try to write it off as a phase, or just experimentation. Now add a family of Muslim faith to the equation, who won’t even talk about the elephant in the room, but simply state, “don’t do this to me, this is the only thing I’m asking you not to do to me”. Some friends have also been trying to get between them, but these two have decided to share their lives together,
trying to block out the negativity and have moved in together.